Vancouver Canucks vs Toronto Maple Leafs: The Canucks won't lose to the Leafs on their home ice 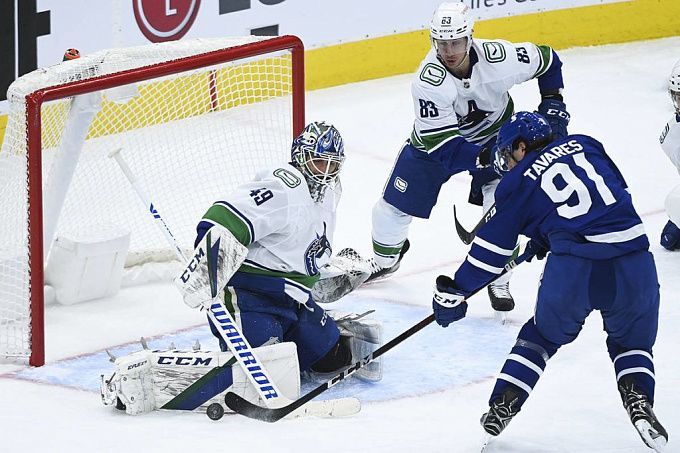 Prediction for the NHL Vancouver Canucks vs Toronto Maple Leafs match, which will take place on February 13. Check the team conditions and choose several betting options.

Bruce Boudreau's team played two home games after the championship break. The first meeting ended in a confident 5:1 victory for the Canucks over Arizona. However, the second meeting with New York Islanders turned much more difficult. Vancouver failed, conceding five unanswered goals in the 17th minute of the game. The result was 3:6. Perhaps the worst game since Bruce Boudreau was appointed head coach.

Overall, Vancouver has 21 wins in 48 games. The team is only 12th in the Western Conference standings but only 8 points away from the Wild Card zone. Under Boudreau, the Canucks are steadily scoring over the distance, so the Canucks have a chance to make the playoffs.

The Maple Leafs lost to Calgary with a score of 2:5 in their previous meeting. However, the recent defeat is exceptional for Toronto. Before the encounter against the Flames, Sheldon Keefe's team had six wins in a row, including over Carolina in the first game (4:3 in a penalty shot).

Toronto has been performing consistently in the current championship, with the same number of points lost as Eastern Conference leader Florida at the moment. It can be said that the club as a whole and the coaching staff are doing a great job, but everyone is used to the Leafs' success in the regular season. The only indicator of quality will be the team's playoff performance. If Keefe fails to break the curse of the first round, a severe change is sure to await Toronto in the offseason.

Their defeat to the New York Islanders was only the second straight loss for Vancouver in their last ten home games. With the change of coach, the Canucks are no longer a talented but completely hopeless underdog. Having Bruce Boudreau as a coach, they are a team with character, as shown in the current league. So in the upcoming game, there is reason to believe that Vancouver will extend their home winning streak over Toronto. Moreover, after losing to the Islanders for the period. The motivation is also in the Orcas' favour here. While for Toronto, the regular season is almost over, Vancouver will face a battle for the playoffs until the very last games of the championship.

Prediction: Vancouver will score at least one point against Toronto.