Vancouver vs Boston: Bruins to beat Canucks for 2nd time this season 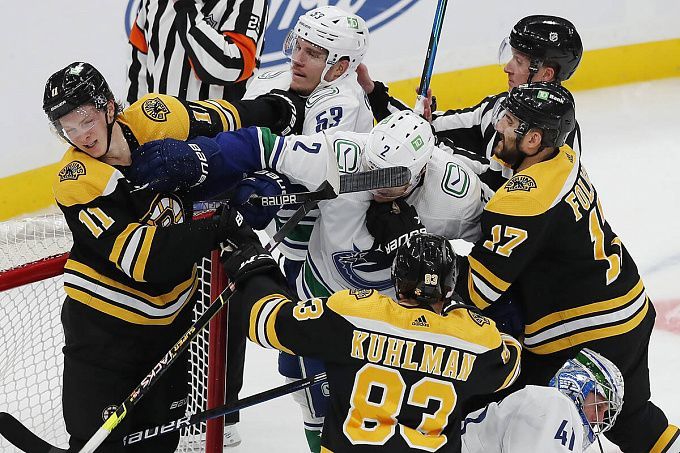 Vancouver changed coaches and managed to win one game after the reshuffle. The Canucks, now managed by Bruce Boudreau, outplayed Los Angeles 4-0 at home. Can Vancouver handle Boston as well? Let's pick a few options to bet on at once.

Travis Green failed and was fired from his position after all. Bruce Boudreau is an experienced specialist who has only missed the playoffs twice in his 12 seasons in charge of NHL teams. Do the Canucks automatically move into the postseason?

The first game under the new coach showed that the scenario in which Vancouver will be a playoff contender this season does not look so wild. The Canucks very confidently outplayed Los Angeles 4-0 on their home ice.

Boston back with Marchand

Brad Marchand, who missed three games due to his suspension, returns to the ice to play against Vancouver. Without one of their key players, Boston lost on their home ice to Detroit in regulation time and to Tampa Bay in overtime. They were also stronger than Nashville on the road, 2-0.

During the stretch without Marchand, the Bruins managed to score only 5 pucks. Now it should be easier for Bruce Cassidy's team on the offensive line.

The rivals have already played each other once this season. Boston beat Vancouver 3-2 at home.

It is vital for Boston to win the upcoming game. The Bruins' reputation was hit too hard by the 3-9 defeat, and now Bruce Cassidy's team just has to make up for it. Brad Marchand's comeback will help the Bruins a lot.

Prediction: Boston will be closer to victory.