Vancouver vs Pittsburgh: Crosby and the Penguins will be more focused after losing to McDavid 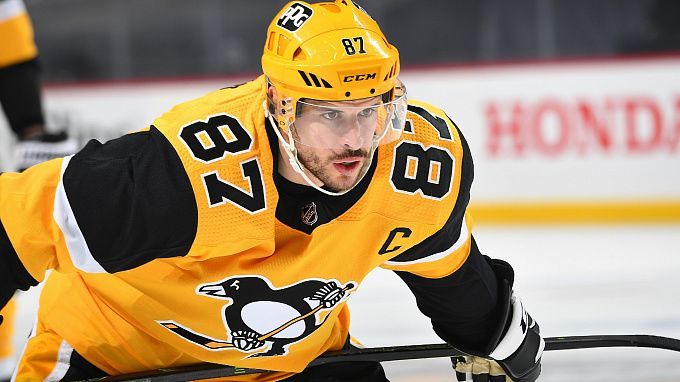 The toughest road trip in Canada continues for Pittsburgh. Mike Sullivan's team lost in Calgary and Edmonton, and now heads to Vancouver. Will Pittsburgh be able to pick up a win at the third try? Let's pick a few options to bet on at once.

Vancouver had a successful road trip

Travis Green's team finally had a winning streak. Only two games, but for the current Canucks it's a big achievement. At the end of their 5-match road series, the first three games of which Vancouver lost, the Canucks first came through in Montreal 2-1, and then confidently handled the Senators in Ottawa (6-2). Those wins didn't change much for Vancouver, but it was a start.

The Canucks are still tied for second place in the Pacific Division and in last place in the Western Conference standings, trailing only Arizona. The Vancouver team has only eight wins in 24 games.

The road trip for Sidney Crosby and others began in Calgary, where the Penguins ended up with 1 point, losing in a shootout. The team then moved on to Edmonton, where they played against the Oilers. The Penguins' meeting with the Oilers was especially anticipated - it was the first matchup between Crosby and McDavid in more than two years. Times change and the outcome of the game surprised no one. Connor outplayed Sidney by all accounts, 5-2.

Overall, with Crosby's return to the ice, Pittsburgh's lead has improved as expected. Even despite three straight losses, and before the departure to Alberta Mike Sullivan's team lost at home to Montreal, the Penguins are still in the playoff zone, though on the wild card. Pittsburgh has 10 wins in 23 games and is fourth in the Metropolitan Division standings.

The opponents have already played each other this season, Pittsburgh beating Vancouver 4-1 at home.

A trip to Canada, as a rule, is very difficult for American teams, and it is far from certain that Pittsburgh will be able to win in Vancouver. But it's no coincidence that the Canucks are sitting so low in the standings, either, so there are big doubts about their win. Even more so than for the Penguins. More likely, Crosby and company won't lose after all. And the game will be low-scoring: with Pittsburgh’s leader returning to the ice, the team doesn’t concede a lot. If you take the last 9 games and exclude from that the failure against Montreal and the meeting with Edmonton, the Penguins missed a total of 4 goals in the remaining 7 games.

Prediction: Pittsburgh will not lose in a low-scoring game.