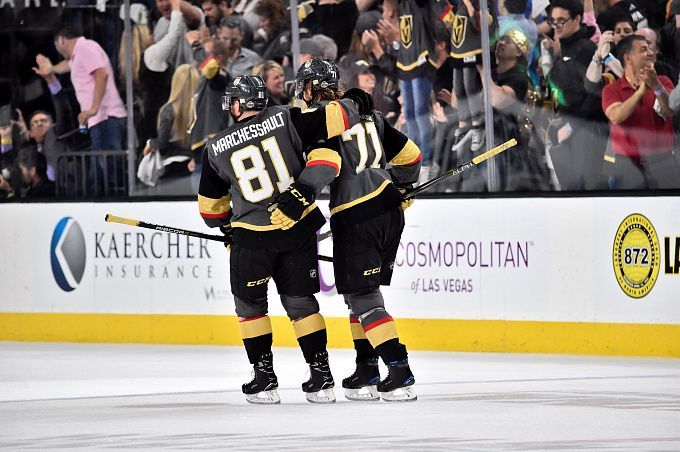 Prediction for the NHL Vegas Golden Knights vs Buffalo Sabres match, which will take place on February 2. Check the team conditions and choose several betting options.

Vegas has taught us since the very first year of their existence that they are ready to fight for the top spots. This regular season is no exception, as the Knights have been among the league leaders for a long time but have been in a slump recently, which has caused them to lose ground. In their last 11 meetings, Peter DeBoer's men have only managed four wins and seven losses, a very poor showing for such an ambitious squad. The Black and Gold have had staffing problems during this stretch. A minor crisis meant that Vegas was relegated to fifth place in the Western Conference standings, and the gap to the leader increased to 12 points.

Buffalo has another weak regular season, with no realistic chance of continuing their fight in the cup battles. The Sabres don't look hopeless, but bad ones always follow good results. The Blues and Yellows won twice in a row last year, after which they only managed 15 games with four wins and 11 defeats. Don Granato can now not rely on important players such as Vince Hinostroza, Colin Miller and Drake Caggiula for various reasons, and young Jack Quinn made a promising debut but is now in the injured ranks. All these problems leave Buffalo only 14th in the Eastern Conference standings.

Vegas and Buffalo are very different teams. Even with their current problems, the Knights are stronger than the Sabres, as their standings and head-to-head stats confirm. Peter DeBoer's side has won all three encounters at the T-Mobile Arena and is now the clear favourites. The Black and Gold have suffered several setbacks in recent games, so a clash with a league underdog is an excellent chance to secure those crucial points. As a result, we suggest betting on Vegas to win with a handicap (-1.5) for 1.58.

Vegas and Buffalo are two teams that have nothing against bright, open and productive hockey. In the regular season, the Knights have played 45 games and scored 288 goals (6.40 goals per game average), while the Sabres have produced 267 goals (6.07 goals per game average) in 44 games. Both figures are very respectable by NHL standards, and in their head-to-head matches, the opponents had total over in four out of six games (67%). Therefore, we suggest betting on a total over 5.5 for 1.60.

Shea Theodore has recently lost his spot on Vegas' top defence, but he's unlikely to worry too much about that, as he still has plenty of playing time, and his stats remain incredibly high. In 41 games in the regular season, the Canadian defenseman scored 31 points (8 goals + 23 assists). He still has only 15 points left to his personal best performance, and there is almost half of the regular season ahead of him. So, we suggest betting on Shea Theodore total over 0.5 for 1.77.