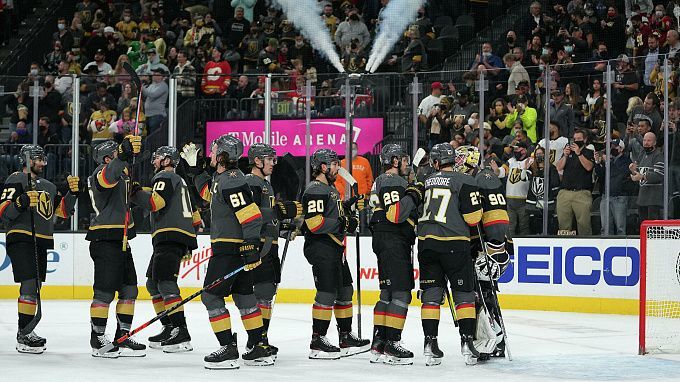 Vegas continues to battle with second place Anaheim for first place in the Pacific Division table. Both opponents have 40 points, but the Golden Knights are still first with a game to spare.

The Knights have performed excellently in their last five games and have scored the maximum number of points. First, there are three convincing wins - over powerful Minnesota (6:4), Boston (4:1), and New Jersey (5:3). However, in recent games, it has not been possible without overtime and penalty shots – with the Rangers (2:2 and penalty shot 1:0) and with Islanders (3:3 and penalty shots 2:0).

Tampa Bay also has a very difficult situation in the tables. In the Eastern Conference, Washington and Carolina are ahead of the Lightning. However, if Tampa wins, they will overtake them both. In the Atlantic Division, the visitors are in the first position, but second-ranked Toronto has the same number of points (42).

More recently, Tampa lost to Ottawa (0:4) in a dramatic defeat. Then, the Lightning pulled themselves together and won their last two games. The game before that, including overtime, they outscored LA (3:2) and then managed to beat the Senators (2:1).

This matchup is extremely difficult to decide on a favorite, which is why we decided to go with a slightly different approach. The Tampa Bay club has scored 94 goals in 29 regular-season games, an average of just over three goals per game. Vegas has a slightly higher number of 3.5. Prediction: total over (5.5).