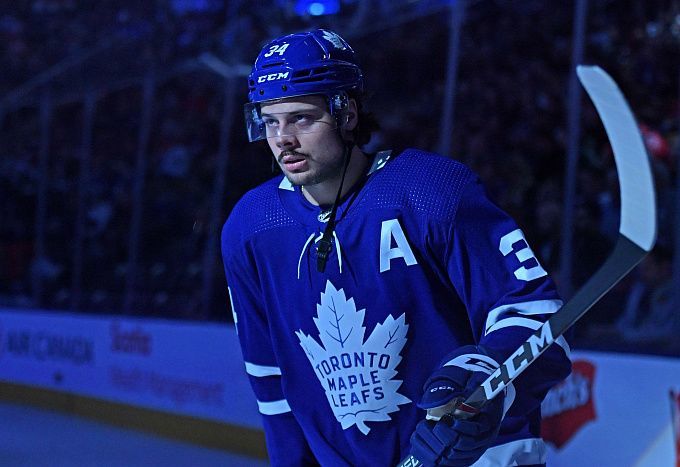 Toronto defeated Vegas 4:0 in their first head-to-head meeting of the season. Will Peter DeBoer's team get revenge in the upcoming game? Check the teams’ conditions and expert betting tips. Several betting options are available!

Vegas is one of the perennial contenders for the top positions and continues to prove it in the regular season. The Knights often have a long winning streak, and their defeats are usually one-time. Nevertheless, 2022 did not start well for the Black and Gold, as they suffered three losses in the last four meetings, beating only 5:1 the Rangers. Peter DeBoer can't count on significant players like Alex Martinez, Nicolas Hague and Max Pacioretty. Vegas remains in third place in the Western Conference standings despite all the problems, only one point behind the leader.

Toronto is the most cursed team in the NHL, as they often put together a powerful lineup but fail every time in the playoffs. Sometimes they don't make it to the cup battles at all. The Maple Leafs got off to a poor start, losing five of their opening seven games. Sheldon Keefe rectified the unpleasant situation quickly: in the next 26 games, his plyers suffered only six losses and won 20 games. Their breakthrough allowed Toronto to move up to sixth in the Eastern Conference standings, but the Blues and Whites have dropped several times, so their point differential is much higher.

The teams have played seven head-to-head games in NHL. The Knights have two wins, and the Maple Leafs have five. The goal difference was also on the side of the Blue and Whites - 24:18. This season, the opponents met once, and then the victory was celebrated by Toronto - 4:0.

The confrontation between Vegas and Toronto doesn't have a long history yet, but it can already be noted that the Maple Leafs look more successful, having won 5 of 7 ties (71%), including the only one this season - 4:0. Now their chances for triumph look more convincing, as they are in good form, scoring points in five meetings, while the Knights have won only one of the four previous battles. As a result, we may bet on Toronto to win the match.

Auston Matthews is the reigning Rocket Richard Trophy winner. Toronto forward is still behind Leon Draisaitl and Alexander Ovechkin in the current season, with 22 goals in 30 meetings. Still, he is not far behind the leaders in the sniper race - two and four pucks, respectively. The day before, the 24-year-old American made a brace against Colorado, confirming his excellent form, so the best option for the prediction is a goal by Auston Matthews.

Vegas and Toronto are two bright teams with offensive playing. The statistics also show that the Knights have scored 248 goals (6.53 goals on average) in 38 games, while the Maple Leafs have had 195 shots (5.91 on average) in 33 meetings. We have the right to expect another spectacular encounter, so it is worth considering the bet on the total over (6).