Vegas vs Nashville: the Golden Knights Perform Great at Home 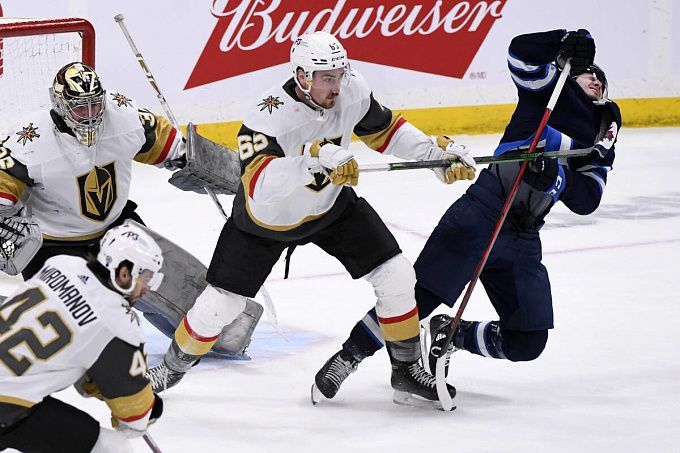 Prediction for the NHL Vegas vs Nashville match, which will take place on March 25 at 05:00. Who will be stronger? Check the teams’ conditions and expert betting tips. Several betting options are available!

Vegas had a disappointing back-to-back. In the first game, the Golden Knights were defeated by Minnesota (0:3). After that they also played poorly against Winnipeg (0:4). However, the team played these two games away, which obviously made a big difference. In the home arena the Knights look decently - four wins in the last five games, with a total score of 17:11. As for the tournament motivation for the upcoming game, Vegas is only one point behind the playoff zone. So we expect to see the better side of the hosts.

In the last five-game stretch, Nashville earned six points, winning over Pittsburgh (4:1), Toronto (6:3) and Anaheim (6:3). The Predators also suffered two losses - a surprising 4:5 to Philadelphia and a devastating 1:6 to Los Angeles. In the Central Division standings, they have a nice lead over their inferior pursuers. Their lead over fifth-ranked Dallas is five points.

A meeting of two somewhat equal teams, but still we decided to give preference to the hosts. Nashville can't stand out with its stability lately. First, it beat Pittsburgh and then suffers a defeat from Philadelphia, which is not a strong team. Vegas, on the other hand, wins three games in a row at home. We think that this winning streak will extend to four. Prediction: Vegas to win.