Washington Capitals vs Columbus Blue Jackets: The Capitals will win 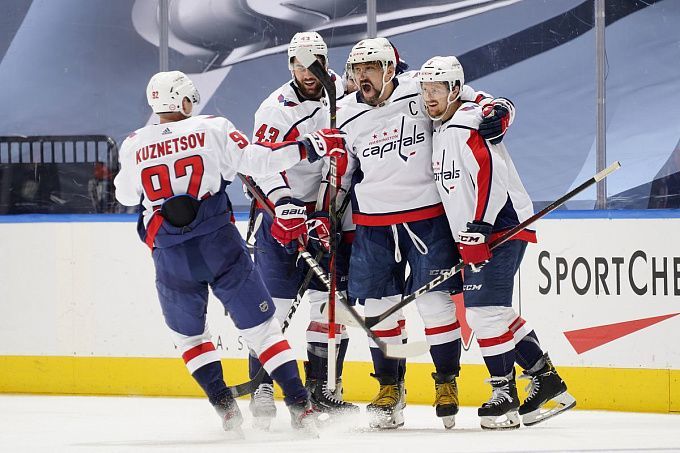 Prediction for the NHL Washington Capitals vs Columbus Blue Jackets match, which will take place on February 9. Check the team conditions and choose several betting options.

Washington is having a challenging regular season. The Capitals started well in the season with impressive performances from their leaders, but the problems began to appear once they slowed down. In the last 14 meetings, Peter Laviolette's side has managed only five wins and nine defeats, which is unacceptable for such an ambitious side. Moreover, Alexander Ovechkin was also caught in a covid-protocol before the break, forcing the team to play without their captain. As a result, Washington sits just seventh in the Eastern Conference standings.

Columbus has to play with a very modestly squad for another year in a row, but once again, they manage not to be the league's top underdogs. The Jackets have little chance of making the playoffs, but they certainly don't fall below their usual level. Before the break, Brad Larsen's team managed to beat the Rangers and Montreal with a score of 5:3 and 6:3, respectively, before losing to Florida 4:8. Columbus is now trying to find their fortune on the offensive end, rather than playing defence as they did in the past. The Jackets currently sit in tenth place in the Eastern Conference standings.

Washington and Columbus are not too far apart in the Eastern Conference standings, but the difference in class is undoubtedly enormous. The Capitals had a disappointing stretch, but the championship break should allow them to restart, so we should now expect them to improve. For the Jackets, the season has been stable. They are holding their level, which is not enough to fight for the playoffs. Peter Laviolette's men have already beaten Columbus twice in the regular season. That's why we suggest betting on Washington to win with a handicap (-1.5) for 1.95.

Washington and Columbus have not been particularly active in goal recently, but you must remember the Jackets' previous coach. Now they play in a much more attacking style, for which they concede a lot but also score a lot. In total, they have scored 295 pucks (6.86 average per game) in 43 games, which is one of the highest numbers in the entire league. It's unlikely that the Capitals will play defensively on their home field. That's why we suggest betting on a total over 6.5 for 2.00.

Dmitry Orlov is having another quality season with Washington. Not only is he great on the defence, but he's also productive on the offence as well. In all 43 games of the regular season, he scored 22 points (7 goals + 15 assists), which is a respectable number. Moreover, he now has an excellent chance to set a personal best efficiency record. All he needs to do is to score 11 points, and he still has almost half of the regular season ahead of him. In such a situation, we suggest betting on Dmitry Orlov total over 0.5 for 5.5.