Washington Capitals vs Dallas Stars: the Stars to avenge the home defeat in the 1st game of the season 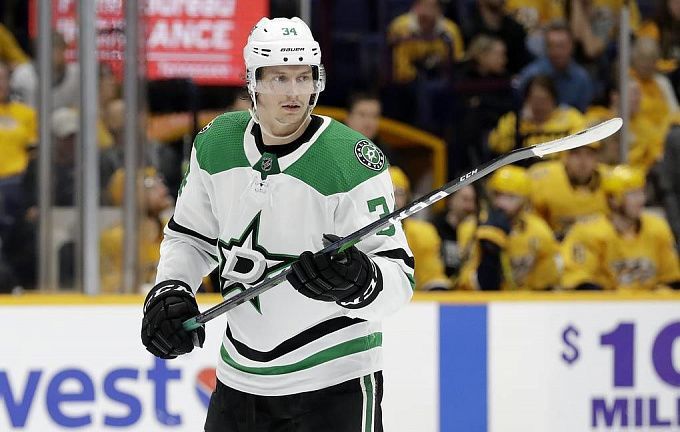 Washington has won four games in a row and will now take on Dallas. Will Alexander Ovechkin's team be able to extend their winning streak? We will choose several options for you to bet on at once.

The playoff participants in the East have been known for a long time. One exception is Washington, who sit in eighth place, chased by Columbus and the New York Islanders. However, the good streak of 7 wins in 8 games let the Capitals achieve what they want. Approaching the matchup with Dallas, they have a comfortable 13-points advantage over the ninth place in the conference.

In the previous game, Washington defeated Carolina, 4-3, in a shootout. Another psychologically important win for the Capitals over one of the leaders in the East.

While Washington has had a good stretch, Dallas has been losing more often lately. The Stars have 4 losses in their previous 5 games. Rick Bowness' team is still out of the West's playoff zone. Dallas is 9th in the standings and 3 points behind the top 8.

Dallas couldn't beat the visiting New York Islanders in their last game. 2-4 – the outcome was decided in the third period when Islanders forward Brock Nelson scored a hat-trick.

The first game of the season series ended in a 0-5 home loss to Dallas.

Washington won several important matches, strengthened in the playoff zone of the East and now can slow down a little. Dallas, on the other hand, has yet to enter the first eight in the West, so they need some good results. Besides, the Stars lost to Washington in the first game of the season series and will surely do everything they can to get revenge.

Prediction: Dallas will be closer to success.