Washington Capitals vs Florida Panthers Prediction: The Capitals will extend the intrigue of the series 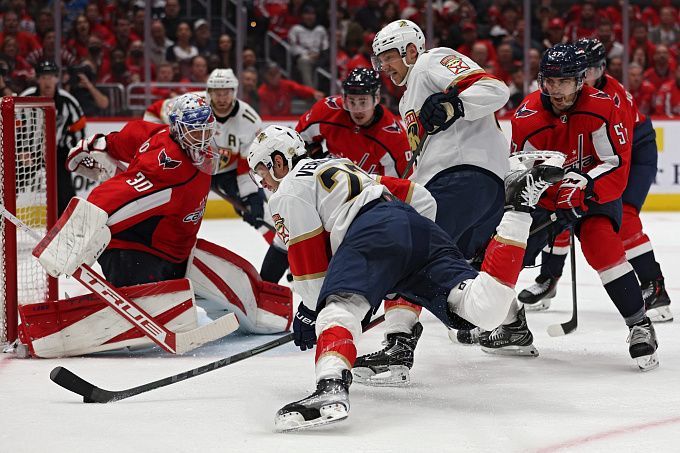 Prediction for the NHL Washington Capitals vs Florida Panthers match, which will take place on May 14. Check the team conditions and choose several betting options.

Washington started the series fairly confidently with a 4:2 away win over Florida, but in the second away game, the Capitals could not increase their lead with a 1:5 defeat. However, after two away games, 1:1 in the series is quite a positive result. The Capitals were unlucky at home. They took the third game without much trouble, but in the fourth game, they lost in overtime. The fifth game took place at FLA Live Arena, where Washington, leading 3:0, conceded five unanswered pucks. If the Capitals fail at home, their road to the playoffs will end there.

Florida does not look confident in the series. While the Panthers looked noticeably better than Washington throughout the regular season, it's pretty much the same in the series. The Panthers were unable to get a lead in their first two home games, and after the third game, they lost (1:2). Fortunately, Florida did not allow the Capitals to increase their lead in the fourth game. In the last game, the Panthers created an unreal comeback. They lost three pucks and managed to score five without conceding a goal. Thus, at the moment, the score in the series is 3:2 in favor of Florida.

The bookmakers are again writing off the Capitals, which we do not recommend doing. The upcoming game could decide the outcome of the series, which is why the Capitals will do everything to prevent that.

In the sixth game of the series, we will favor the first team. Washington looked excellent in game five, but they relaxed from the end of the second period through the third. In general, we suggest betting on the Capitals not to lose.