Washington Capitals vs New Jersey Devils: the Hosts Will Convert Many Chances 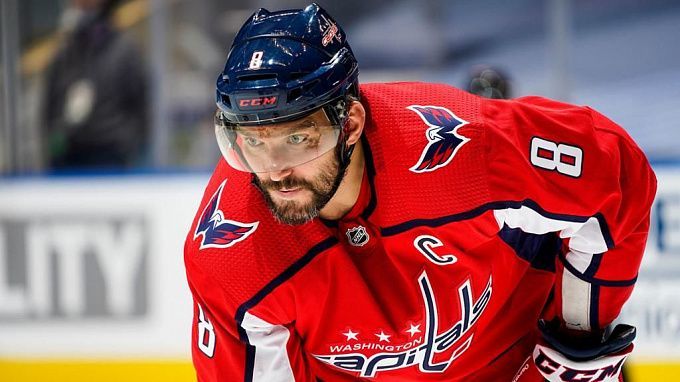 Washington Capitals host the next match in the regular season of the NHL with the rival in the Metropolitan Division, New Jersey Devils. Will Alexander Ovechkin and his team win? Let's choose several options for the bet.

Washington and Ovechkin are Approaching Another Milestone

In the previous away match, Washington outplayed 3:1 Detroit. A common victory of one of the strongest teams in the Eastern Conference was remarkable by Alexander Ovechkin's brace. Thus, the great Russian forward statistics got close to that of Jaromír Jágr, the sniper ranked third in the history of the NHL, at a distance of 12 goals. Ovechkin has more and more chances to occupy third place before the end of the season.

As for the team's results, the Capitals are in 2nd position in the Metropolitan Division and 3rd in the entire Eastern Conference. Peter Laviolette's team has had 20 wins in 33 matches since the start of the season.

Lindy Ruff's team ended the covid break being in great form. In the first game, the Devils managed to defeat 4:3 Buffalo. In the second game, they beat 6:5 Edmonton in overtime at home. Even though the Devils still concede a lot, they demonstrate an increasingly powerful offensive playing with each game. Apparently, it is the attack that the coaching staff focuses on.

This season, the opponents have already played an away match together. Washington beat 4:1 New Jersey 4:1 at the end of October.

New Jersey has recently put more effort into the offence. Such a young team scores at least twice in almost every game. However, the attacking successes of the Devils are achieved at the expense of the defence. So Ovechkin, Kuznetsov and other top forwards of the Capitals will definitely have many possibilities to prove themselves. Prediction: Washington is likely to win.