Washington vs Ottawa: The Capitals will beat the Senators for the 11th time in a row 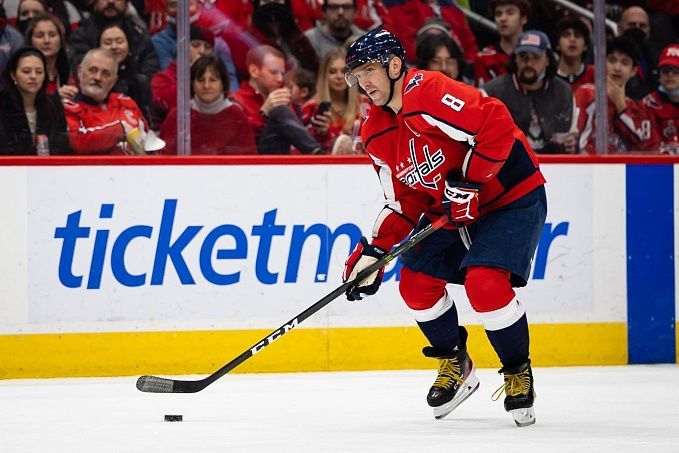 Ottawa can't beat Washington for ten matches in a row. Will D.J. Smith's team be able to break such a bad streak now? Our prediction: The Capitals will be closer to success again!

Washington is having a very tough regular season. Yes, they had a lot going for them in the season opener, so they were in the lead group, but the beginning of 2022 was marked by a serious slump. In their last 16 matches, the Capitals managed only six wins against ten losses, which is a failure for such a high-profile and ambitious squad. It seemed that before the pause for the All-Star Game, Peter Laviolette's players began to find their game, beating Dallas and Pittsburgh 5-0 and 4-3, but then they were defeated by Edmonton and Columbus 3-5 and 4-5. The day before, Washington still managed to defeat Montreal, 5-2, which allowed them to retain a seventh place in the Eastern Conference standings.

Ottawa continues to grow and get stronger, but it is still a long way away from solving big problems. The Senators' roster is not experienced enough to compete for high places yet, although they occasionally manage to show decent results. For example, after the All-Star Game break, D.J. Smith's team defeated New Jersey and Carolina 4-1 and 4-3, respectively, but then lost to Pittsburgh and Boston by the same score, 0-2. Lack of stability is the main problem for the Red and Blacks, which is why they are not yet ready to fight for a playoff spot. Now Ottawa is 14th in the Eastern Conference standings.

During the regular NHL championships, the teams have held 100 face-offs. The Capitals have 54 wins, while the Senators were stronger in 41 games. The goal difference is also on the side of the hosts, 320-293. The rivals have met twice in the current season, and both times the victory was celebrated by the players of Washington (7-5 and 3-2).

Washington is an extremely uncomfortable opponent for Ottawa, as they cannot beat them for ten consecutive matches. Only twice in that stretch have the Senators been able to claw their way to points, losing outside of regular time, and on eight occasions the losses have been even more painful. Now the Capitals are the unconditional favorites, as they need to improve their position in the standings, and the game against such a modest opponent is a great chance to get two points. You can bet on Washington's victory with a handicap (-1.5) at odds of about 1.95.

Washington & Ottawa confrontation is distinguished by a very impressive performance recently. The five previous head-to-head encounters saw the opponents combine to score 40 goals (8.00 goals-per-game average), which is high even by NHL standards. And now we can expect a goal feast, as the Capitals concede a lot and score even more, while the Senators are a young and daring team that certainly won't play defense on such a curious road trip. Based on this, the optimal option for betting seems to be Total Over (6.5) pucks at odds close to 2.25.

Alexander Ovechkin continues to chase Wayne Gretzky in the fight for the title of the best sniper of all time in the NHL. It seemed that the gap from the Canadian legend is incredibly large, but the Russian started the current regular season phenomenally, scoring nine goals in eight starts. Unfortunately, the effectiveness gradually decreased, and now the Washington captain has 29 goals under his belt; the last time he scored was on January 23. The game against Ottawa is the best opportunity to break this unlucky streak, as in the last four matchups he made doubles in the Senators' goal, and you can bet on the goal of Alexander Ovechkin for about 2.00.