Washington vs Philadelphia: the Capitals to Clinch Fourth Victory in a Row 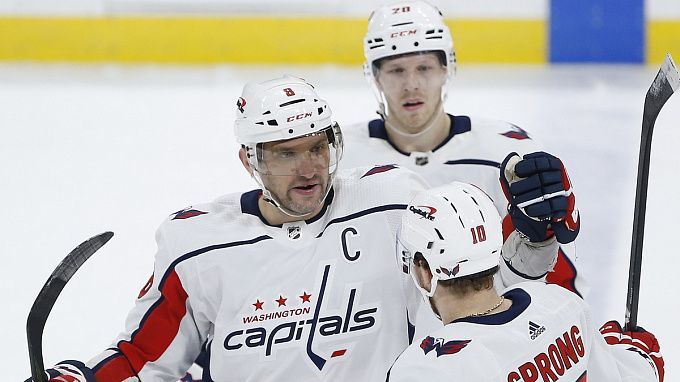 Prediction for the NHL Washington Capitals vs Philadelphia Flyers match, which will take place on April 13 at 02:00. Who will be stronger? Check the teams’ conditions and expert betting tips. Several betting options are available!

Washington has been very good in their last three games, with three wins over very tough opponents. First, they beat Tampa Bay by one puck, then Pittsburgh by three and lastly Boston by two. As for the Capitals' position in the Metropolitan Division table, they are in fourth place and have 90 points, 15 more than the inferior Islanders.

Philadelphia doesn't even count on the playoffs. In 72 games, it could only score 57 points, 33 fewer than fourth Washington. So the visiting team can play out the season in peace. In the past five games, the Flyers claimed two victories - over the Rangers on a shootout and 1:4 over Columbus. In the other three, Philadelphia suffered losses to Toronto, Columbus and Anaheim.

We don't have to be a professional analyst to favor Washington. The home team is several times better than their opponent, so they shouldn't have too many problems.

Philadelphia's away performance is far from the best, ranking 14th among all teams in the Eastern Conference. Washington isn't exactly shining on their arena either, but the difference in performance is quite noticeable (ninth place in the East). All in all, we suggest betting on a win for the home team and an average four pucks.