Winnipeg Jets vs Minnesota Wild: The Wild pick up their seventh win in a row 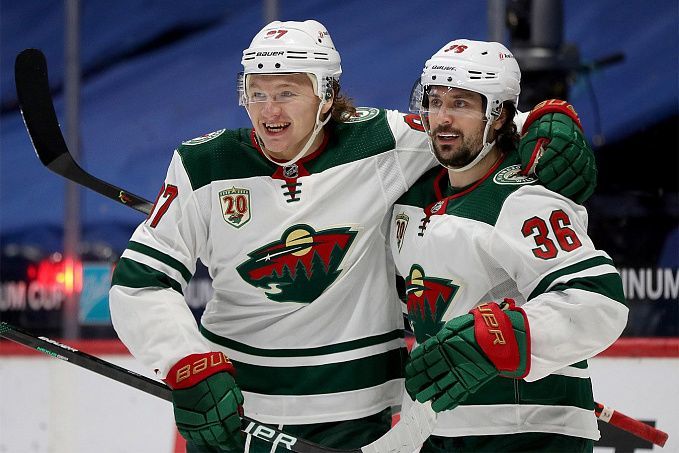 Prediction for the NHL Winnipeg Jets vs Minnesota Wild match, which will take place on February 9. Check the team conditions and choose several betting options.

Winnipeg has been in its current form since 2011. Since then, the team have progressed every year, transforming from an NHL underdog to a regular playoff contender. It seemed that they would be able to compete for the Stanley Cup one day soon, but this season they have been disappointing. They have suffered numerous losses since the start of the regular season, as a result of which Paul Maurice has already been dismissed, and there has been no improvement under Dave Lowry. The Jets could win only once in the last eight meetings, dropping to 13th place in the Western Conference standings.

Minnesota is another team that has made tremendous progress in recent years. The only difference is that the Wild now continue to improve their play. As a result, they are among the Stanley Cup contenders. The Red and Green are playing the regular season without major downs while frequently posting lengthy winning streaks. Dean Evason's team had one of these before the break, winning six games in a row, and they haven't left the ice with a single point in the last ten meetings. With such a strong performance, Minnesota currently sits third in the Western Conference standings and second in terms of lost points.

In recent years, Winnipeg and Minnesota have been comparable teams, making steady progress. However, the Jets have slowed down considerably, while the Wild have improved. They're approaching their subsequent encounter in very different conditions: while the Canadiens have lost seven of their eight previous meetings, the Wild have a six-game winning streak in a row. The team from St. Paul is the favourite, and they won the last three ties in a row. That's why we suggest betting on the victory of Minnesota for 2.00.

Minnesota has already beaten Winnipeg twice this season, and in both games, they were 6:5 and 7:1. In the upcoming game, the Wild are expected to do great things offensively. In the regular season, they've already scored 161 goals (3.93 average per game) in 41 games, which is one of the highest totals in the entire league. At the same time, the Jets have problems on defence, as evidenced by the 29 goals conceded in the eight previous meetings (3.63 average per game). That's why we suggest betting on a Minnesota individual total over 3.5 for 1.95.

Kevin Fiala is one of Minnesota's leaders in recent years, although he does not play in the team's first line. He's also a consistent scorer in his third lineup and has a chance to set a personal statistical record in the current regular season. In 41 games, the Swiss have already scored 34 points (13 goals + 21 assists), and he is now 20 points away from his career-high. Considering that the 25-year-old hockey player scored in both games against Winnipeg this season, we suggest betting on the Kevin Fiala total over 0.5 for 3.