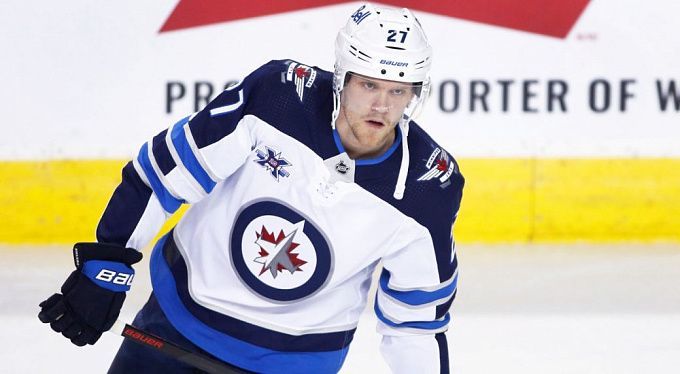 Winnipeg once again suffered an obscure defeat. Paul Maurice's team was unable to handle Buffalo on their home ice. Will the Jets be able to rehabilitate themselves in a home game against Washington? Let's choose several options to bet on.

The Jets are still out of the playoff zone. It hasn't been even halfway through the regular season, so the position in the standings can't be taken too seriously. The fact remains, however, that Paul Maurice's squad is very unstable, alternating between winning big games and losing even to the underdogs.

Such was the case in their matchup with Buffalo. The Jets lost at home to one of the weakest teams of the season. The 2-4 loss was Winnipeg's third in the last four games.

Washington has also been losing

After getting off to a great start, Peter Laviolette's team has been in a bit of a bind lately. The Capitals are approaching the game in Winnipeg with four losses in their last seven games.

Washington had their previous match in Chicago, where they failed to defeat the Blackhawks. 4-5 in overtime with a heroic save 3 seconds before the final siren. Conor Sheary at 19:57 of the third period brought the team a point. In addition, of course, it is worth noting another goal by Alexander Ovechkin, his 21st this season. Now the great Russian forward is 15 goals away from third place in NHL history on the all-time scoring list, which is claimed by Jaromir Jagr.

Winnipeg has achieved 3 home victories over Washington in a row.

Having lost to Buffalo at home, the Jets seem eager to make up for it. Washington is a powerful opponent, but lately the team has given up a little bit, so the Jets have a considerable chance of success.

Prediction: Winnipeg will be closer to victory.