Winnipeg vs Detroit: the Jets Desperately Need a Victory 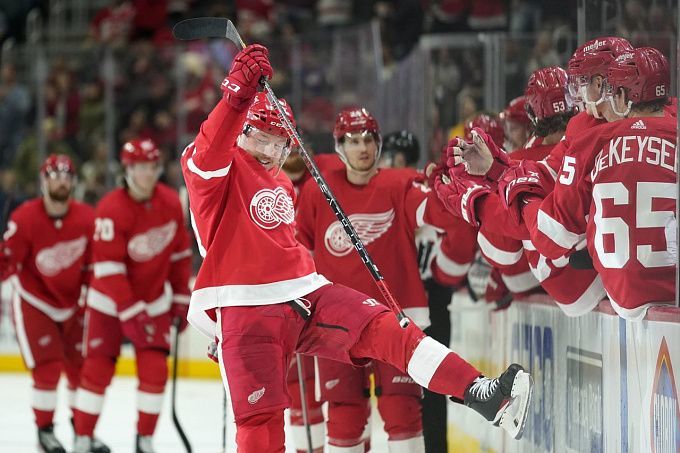 Prediction for the NHL Winnipeg vs Detroit match, which will take place on April 7 at 02:30. Who will be stronger? Check the teams’ conditions and expert betting tips. Several betting options are available!

After three wins in a row, Winnipeg has had two disappointing games. First, the Jets lost to Toronto (3:7) and last game to Los Angeles (2:3). Winnipeg is in sixth place in the Central Division standings with 76 points. Overall, they still have a chance to make the playoffs, but in order to do so they need to show good playing in the remaining 12 games.

Detroit unexpectedly ended a terrible defeated streak last game. Before the meeting with Boston, the team had six failures but managed to outplay its tough opponent with the score of 5:3. However, Detroit has no tournament motivation whatsoever - they are in fifth place in the Atlantic Division with 63 points under Boston, 30 points behind fourth place!

Analysts see Winnipeg as the obvious favorite in the matchup, and we agree with them. The Jets still have a theoretical chance of making the playoffs, and if they do well in April, they can succeed. So they can't lose points against such opponents.

The hosts will definitely be cheered up by a crowd at the Canada Life Center, which will only benefit them. In addition, Detroit has a second day of back-to-back games, so they simply may not have the resources to go the full distance. We suggest that the Jets win and exchange pucks as a bet.