Slovakia U20 vs Russia U20: an Easy Win for the Red Machine 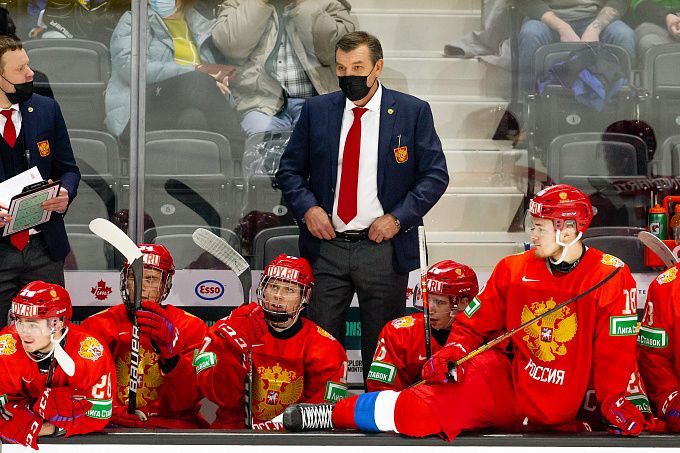 The Slovak team is impressing us by playing at the World Cup, providing resistance to the tournament's favourites, but it still has no effect. Ivan Feneš's wards started on a merry note in the game with the Americans but ended on a sad one when they took a penalty twice. The Stars and Stripes scored choosing at first "5 by 3" format, then "5 by 4". Moreover, the Slovaks made a mistake and conceded the third time, and goals in the third period did not save them from a 2:3 defeat. Against the Swedes, the chances of success were even less, despite the Slovaks shooting more - 46:27, but still lost - 0:3. Currently, they occupy the bottom position of group B.

On the contrary, the Russian national team has not yet shone brightly. Sergey Zubov's wards made many mistakes in the test match against Canada, losing 4:6. In the first game at the WJCH, the Red Machine looked weak in defence and then got a defeat from Sweden 3:6. Even in the match against Switzerland, they had a great start. Gaining an advantage of three goals, but then they almost blew it, winning - 4:2. The Russians should take care of these mistakes to prevent them from appearing in the essential matches of the tournament, and they will secure entry to the quarterfinals.

Over 15 years, the teams have played seven times at the WJCH. Every time the Red Machine celebrated the victory, and the goal difference was 31:10. The opponents' last meeting was two years ago when the Russian national team won - 8:3.

The Slovaks can be praised for their stubbornness, and the Russians can be scolded for many mistakes. However, Sergei Zubov's players are still much fancied. The Slovaks also understand this. Their key match with Switzerland will occur the next day so that none will exhaust themselves. The Red Machine should win with ease, so we suggest a bet on the victory of the Russian national team with a handicap (-2.5).

As we noted, a personal meeting between the national teams of Slovakia and Russia is not a vital match of the opponents at the group stage of the tournament. The game waiting for them is much more critical for both teams the next day, as the Slovaks and the Swiss will fight to reach the quarterfinals, and the Russians and Americans will fight not to take third place in the group. For this reason, one should not expect outstanding actions from rivals in terms of performance, and the best option for the prediction is a total under 6.5.