Sweden U20 vs Slovakia U20: Tre Kronor is Winning Again 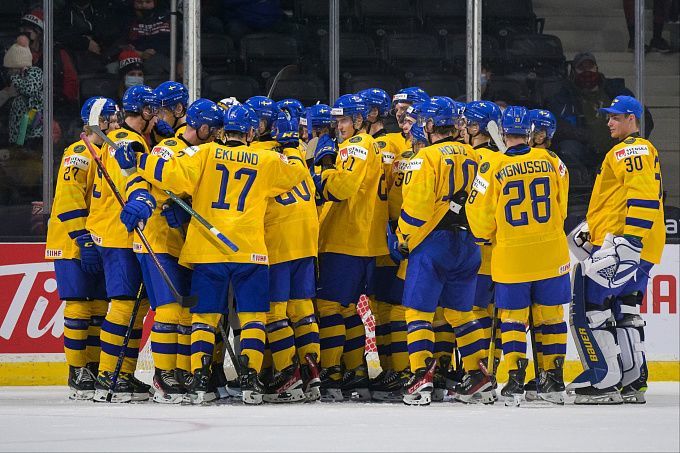 At the World Junior Championship, Slovakia cannot beat Sweden in five games in a row. Will Ivan Feneš succeed in interrupting such an unsuccessful streak? Several betting options are available!

The Swedish national team has historically had a great time in the group stages of the world championships, not losing for several years in a row, but these record winning streaks did not end up with the gold awards. Tre Kronor lost to Russia and USA at the last tournament — 3:4 and 0:4, respectively. In the quarterfinals, the team lost 2:3 to Finland. The next World Cup Sweden started cheerfully, thrashing 6:3 the Russian national team - 6:3, and the main stars of the meeting were top-line representatives, each scoring at least two points.

The Slovak national team also impressed everyone debuting in the championship. At the last tournament, the Slovaks reached the quarterfinals, where they lost 2:5 to the USA, and now they may take revenge. There were no hints of it for a long time, as Ivan Feneš's wards lost after two periods without much hope — 0:3. However, in the third twenty-minute, they turned the tide of the confrontation by scoring two goals, which created a suspenseful finish, but they failed to beat the reigning world champions — 2:3.

Sweden entered the World Cup with a significant victory over the Russian national team. The team made it confidently and easy, so it should have the strength and emotions for the upcoming game. Slovakia struggled a lot in the fight with the United States (42:25), which did not prevent Ivan Feneš's players from performing decent resistance. Psychologically, it should be much harder for the visiting team, and the skill level of the Swedes is much higher, so we suggest betting on the victory of the Swedish national team with a handicap (-2.5).

The Swedish national team made a great debut at the World Junior Championship, shooting six goals to the gates of the Russians, but it is unlikely that they will go on the rampage - after all, the level of the opponent is not so high. At the same time, the Slovaks proved that they could defend very well when in the second period, the Americans scored more - 23:2. There is no doubt that Tre Kronor will win, but there should not be too many scores, so the best option is a total under 6.5.