Alexander Volkanovski vs Brian Ortega: The champion is the clear favorite 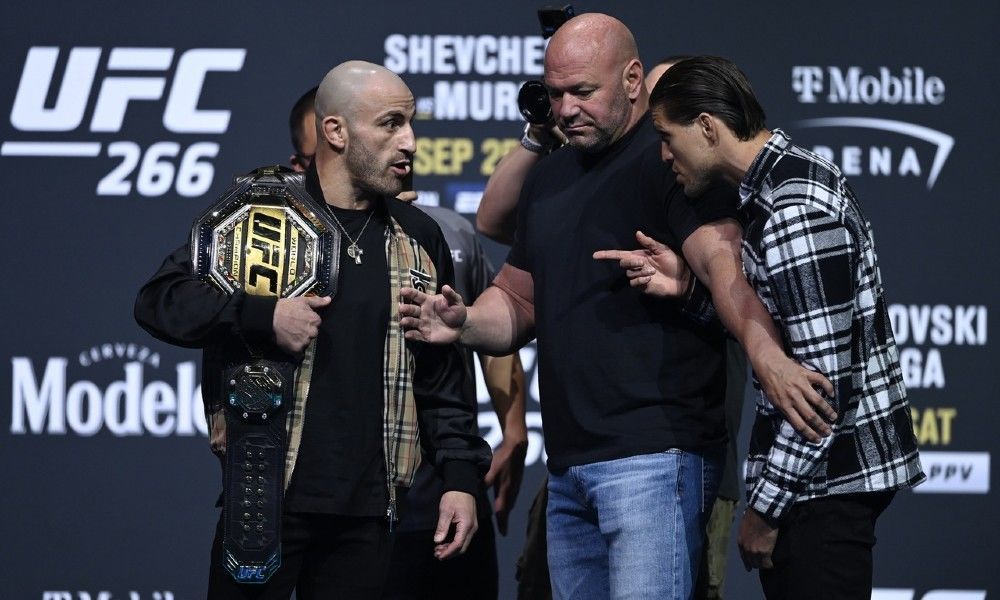 On September 26, current UFC 266 featherweight champion Alexander Volkanovski will put his title on the line against #2 ranked Brian Ortega in the main event of UFC 266.

I suggest starting the discussion with the challenger. Brian Ortega is rightly considered one of the toughest jitters not only in the division but in the entire league. Out of 15 wins, he's tied seven in a nautical knot.

What are worth only his finishes on guys as tough as the scandalous Diego Brandao and Renato Moicano.

However, Brian has more than just mad subbing skills in store. Ortega became known to the world as a hard puncher, too. Remember how he almost took the head of Clay Guida, who had no other choice but to throw in his many burps. But the real talk about him came when he put out the light in Frankie Edgar's eyes with a hard blow from underneath.

Bryan's fight against Max Holloway was a real disappointment, as the opponent absolutely destroyed him in the standing game. Ortega took almost two years off and came back triumphantly, beating to shreds one of the toughest punchers in the division, the Korean Zombie. It became clear that Brian had seriously tightened up his already strong standing game.

But would it be enough to beat the monster Volkanovski? Let's find out.

As you know, Alex Volkanovski started in rugby, and at the time he weighed neither more nor less than a hundred kilos, you must agree that nowadays it is hard to believe. Until recently, Alex led a pretty miserable existence as a very powerful, but uninteresting prospect, until he beat poor Chad Mendes, who had already had a lot on his plate.

Alex really broke out in a moment of triumph with José Aldo, whose best years were known to have ended after about 13 seconds of a sad fight with the redheaded plumber.

And then there were two consecutive close bouts with Max Holloway, that clearly let the world know - this guy has reigned in earnest and apparently for a long time. The Aussie is a basic wrestler, but he has managed to bite a very powerful punch, plus he breathes like a steam engine. You could probably only wear him out with Colby Covington's group training if you know what I mean.

Let's compare the two. Both are extremely entertaining, versatile and both love and know how to fight in standing. Ortega prefers to fight in the second position while Alex is a very aggressive guy, always pushing forward. Plus the difference in height will dictate the style difference. The important point is that the fight was postponed because of the coronavirus that the champ contracted. And we know that it is very hard for some men to recover from it, so let’s believe that it is not the case for Alex, the clear-cut favorite of the fight.