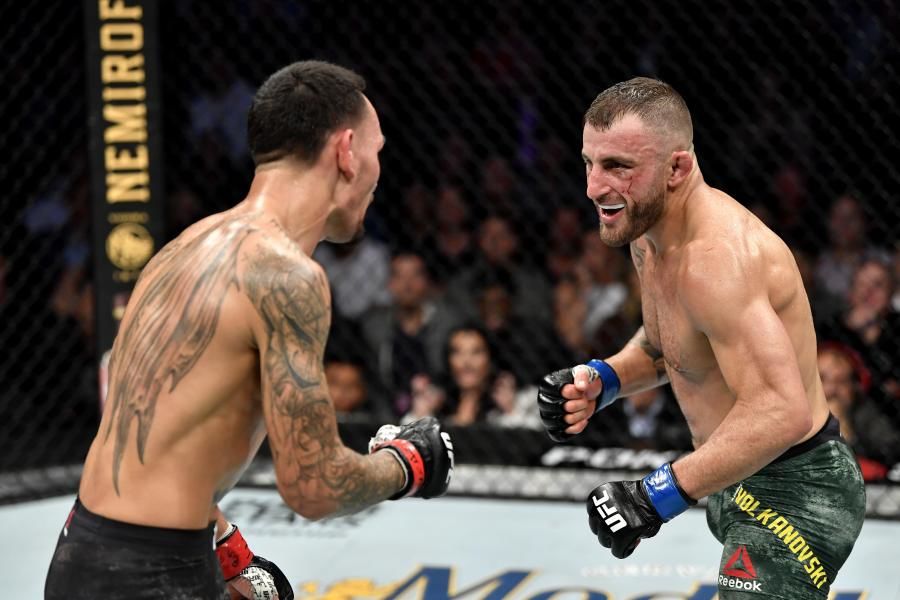 The co-main event of UFC 276 is a trilogy between two elite fighters and the best contenders in the UFC Featherweight division. The reigning champion Alexander Volkanovski is head-to-head with the man he dethroned, Max Holloway, in a contest that has gone 2-0 to Volk.

The champion defeated Holloway in 2019 to become UFC Featherweight champion in a fight where Volk’s low kicks to Holloway’s calf were the deciding factor: “The Great” connected with 75 low kicks to Holloway’s leg. On his feet, Volk is almost impregnable with his excellent counter-punches and athleticism. On the mat, he is also a good wrestler harnessing his experience as an amateur Rugby player where he played at 214 pounds. Volk is unbeaten in 21 fights going back to 2013.

Max Holloway has had a stellar UFC career with the only blight being unable to defeat Volk. In the second fight, he performed so much better by narrowing his stance and fighting lighter on his lead leg to fire shots of his own to mitigate the low kicks of Volk that damaged him in the first bout. He was ahead until he tired in the later rounds to hand a controversial win to Volk. Dana White, many artists and media personnel felt that “Blessed” had done enough to win and this opinion is a pointer that maybe Holloway knows what to do in this third fight.

Alexander Volkanovski is the favourite with the oddsmakers who have given him a significant win percentage that belies the fact that in 50 minutes of fighting between these two there have been no knock-downs. With the two fighters possessing high cardio added to Max Holloway’s strong chin, this match is also likely to be a close fought one that goes the distance. Holloway will feel that he has mastered his opponent and knows how to do enough to get the win even though Volk has not lost in a very long time. That is why I predict looking for value.