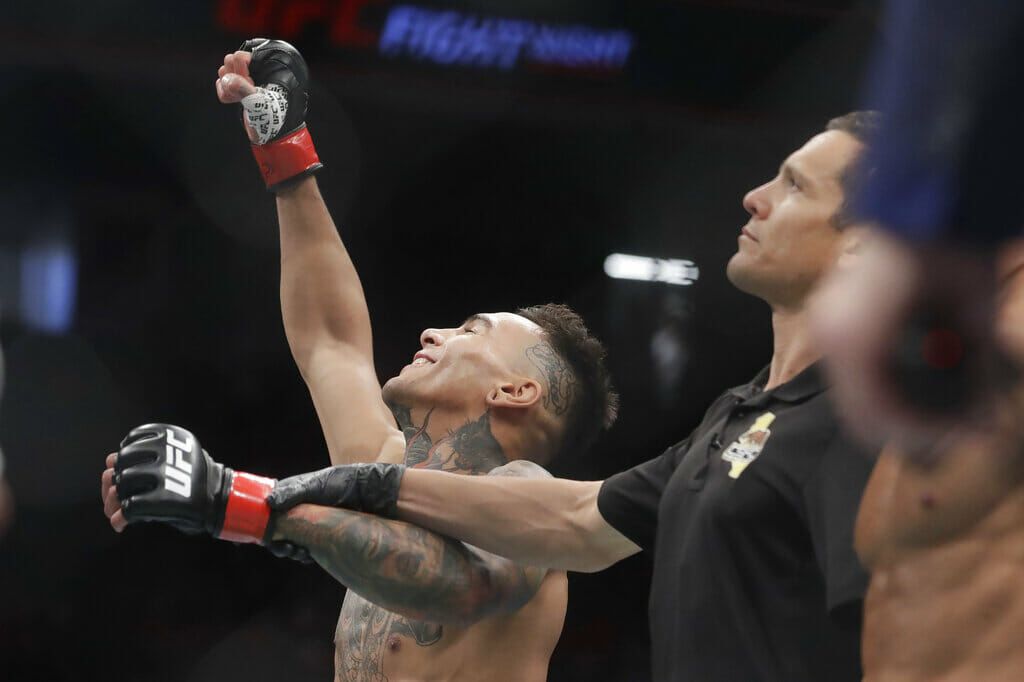 On the main card of UFC Fight Night 210, veteran UFC featherweight and American Andre Fili goes head-to-head with fellow American Bill Algeo. Fili is the younger of the two fighters at thirty-two years old but he has been fighting in the UFC for nearly a decade while his thirty-three year old compatriot is still basically feeling his way into the promotion with this bout being his sixth UFC match-up. Bill Algeo was a late replacement in the contest after after Fili's original opponent, Lando Vannata, pulled out due to injury. He goes into the fight as the marginal underdog.

Fili goes into this match-up without a win in three fights. His last win was in July 2020 when he earned a split decision win over Charles Jourdain. Making his promotional debut in 2013, Fili has fought and lost to some of the toughest guys in the division like Yair Rodriguez, Michael Johnson, Sodiq Yusuf and Calvin Kattar. His last fight was a first round loss to Joanderson Brito this past April. He was knocked out in 41 seconds, a reason why Algeo has said that Fili’s chin isn’t as solid as it once was due to many years of fighting. Acknowledging that his opponent has fought higher level opponents, Algeo believes that it is the reason why Fili’s chin is deteriorating. Fili has almost a fifty percent win-loss rate in the eighteen fights he has had in the UFC, with nine wins, eight losses and one no-contest.

Bill Algeo defeated Herbert Burns at UFC on ABC 3 last July. He won with a TKO after his opponent failed to return to his feet. The event earned him his a Performance of the Night bonus award, the first in the promotion. He made his debut on short notice against Ricardo Lamas in August 2020, losing the bout but earning a Fight of the Night award. Though Algeo may not have fought a keynote featherweight in the UFC, he won the ROC Featherweight championship which he defended three times before joining the UFC. In January this year, he secured a unanimous victory over Joanderson Brito who will go on to defeat Andre Fili in April. Algeo is a striker but has terrible take-down defense.

Fili has fought better opposition in his career than Algeo but his recent stats point to the fact that the toll of fighting at the highest level has caught up with him. Algeo might be the fresher of the two but his lack of power is a major hitch. Apart from his last win, most of his fights have gone the way of judges’ decision. However, we must take into cognizance that Fili will be fighting for his UFC career. Another loss may signal the end of his association with the promotion. His path to victory is to take Algeo to the mat and try and submit him. But he will have to first contend with the likely initial burst of activity from Bill who will try to end the bout with the early knockout. Bill has taken this fight to avoid fighting later in the year because of family commitments. He is not averse to fighting at short notice having done that before in his promotional debut. Notwithstanding, Fili has the edge in preparedness here. Looking at the resume of the two fighters, many of their fights have been decided on the judges’ scorecards so it will be a surprise if this three-rounder ends in another way. Listening to Algeo talking about Fili’s chin in his media briefing, one gets the feeling that the former Penn State boxing team member has a surprise for everyone. We think there is value in betting that the fight will not go the distance.