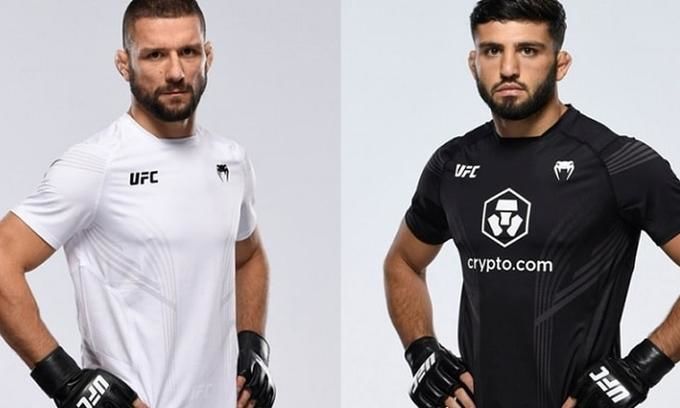 On the night of June 26, another UFC tournament will take place in Las Vegas. In the main fight of the evening, the two tough guys - Arman Tsarukyan from Russia and Mateusz Gamrot from Poland - will meet. The bout will take place in the light-heavyweight division. Arman is ranked number eleven in the official UFC of his division, and Mateusz is ranked number twelve. In bookmaker's betting odds, the favorite is the Russian fighter.

Arman Tsarukyan: He Dreams of a Rematch with Makhachev

Arman Tsarukyan started his way in martial arts with freestyle wrestling and won the amateur titles in pankration and grappling. His first defeat in his professional career doesn't count (it was only his second fight), but the second defeat we all remember well.

It happened in 2019, in Arman's debut fight in the UFC, then he lost by decision to Islam Makhachev. That fight took place in the parterre, and the opponents - oh, the rarest of occasions - received the "Best Fight of the Night" bonus. On the whole, the fight was equal, but in the last round, Arman gave up, which decided the fate of the bout not in his favor.

Since then, he has not been complacent, continuing to call Makhachev for a rematch, who ignores him, solving now very different, much more serious tasks. Since his fight with Makhachev, Tsarukyan has won five straight victories in the UFC, all pretty confidently, and the last two have just destroyed whoever he was given.

Mateusz is one of the toughest tops, I think he is one of the most serious opponents for Arman. He's good at wrestling, the grappling is also on the high level, I would not say so about the punching technique, but anyway we know how to beat him. We have been preparing for this fight for a long time, we studied [Gamrot], so I think Arman shouldn't have any problems with parterre, control, punching. It's going to be great, I'm sure of it.

Mateusz Gamrot is a former champion and a true legend in Europe's strongest league, KSW, where he defended his title seven times. In his career Gamrot

had only one defeat, and even that was a very controversial one. In his first fight in the UFC he lost by split decision to Guram Kutateladze. After that even Guram himself said that referees made a mistake and Gamrot should have won.

After that Mateusz refused to let the judges decide and won three fights early, by knockout, submissions and technical knockout - to any taste.

I'd like this fight to last longer than three rounds. I want to finish it somewhere around the fourth round, a good knockout. I know it's going to be a great knockout, because... Two or three years I've been working on some kicking. I haven't used it in fights, this fight will be the first one where I'll throw that kick. It's going to be a surprise. Better than Chandler and Ferguson.

The bookies' big favorite is Tsarukyan, which is a bit surprising. The fighters seem to be about equal in strength, and both don't like to compromise. We'll see some tough exchanges, takedowns, and some exciting bout as a whole. Arman promises to win early, but that's what he always promises. We wouldn't bet too much on his victory, but an early conclusion of the fight seems more probable. Betting options: