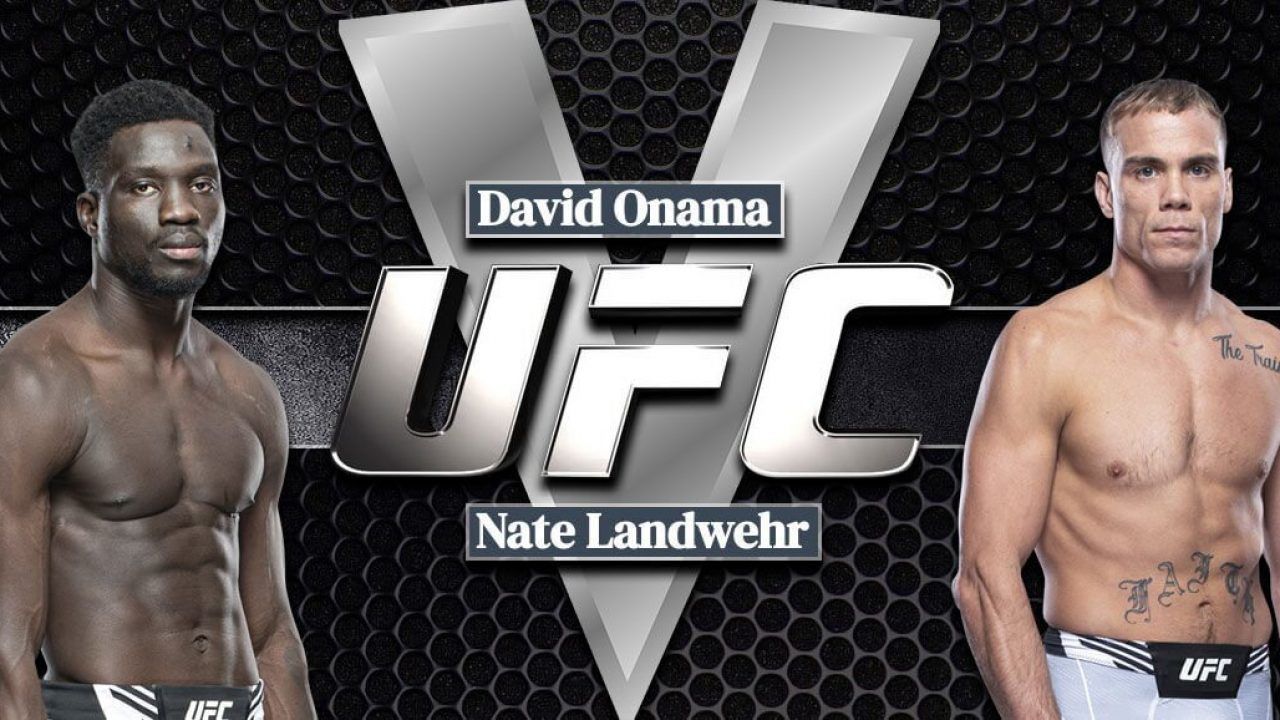 This matchup could have happened last March when David Onama stepped up to replace Lerone Murphy against Nate Landwehr at UFC Fight Night: Blaydes vs. Daukaus. But Landwehr pulled out of the bout himself and it was scrapped. Fast forward to this August and the former M-1 Global Featherweight champion needed a replacement for his bout when Zubaira Tukhugov withdrew and in stepped David Onama in this co-main event fight. Expect a feisty fight between Landwehr and relative newcomer Onama who will fight in front of a crowd for the first time in his UFC tenure. This will also be his first headline contest.

The 28-year-old from Uganda is a powerful featherweight prospect. He has a 100% finishing rate and he’s young and fast. Arriving in the UFC in 2021 via the Fighting Alliance Championship promotion, David has only lost once in eleven fights with 4 submissions and 6 knockouts. After losing his UFC debut, the Ugandan is beginning to build a reputation as a mean fighting machine in the promotion. He is an aggressive striker who is competent at destroying his foes both on his feet and on the mat. His two-match streak indicates he’s here for business.

The American fighter from Tennessee made his UFC debut in 2020 after winning the Featherweight championship in M-1 Global and making two title defenses. He has fought four times in the UFC with a 50% win rate. However, many of his fights have been cancelled leading to him making so few fights. In his last fight against Ľudovít Klein in October last year he secured the win via an impressive anaconda choke to earn a Performance of the Night bonus award.

The fight is expected to be a violent, blood-spilling contest between two no-holds barred warriors. However, the sportsbooks are confident that David Onama will defeat Nate “The train” Landwehr. The American fighter will come at his opponent with guts and heart but his lack of composure and technical inferiority will be his undoing. Hearts and guts can get him past the first round but no one expects him to win. One thing going for Landwehr will be the fact that Onama will be fighting before a crowd for the first time in UFC. We all know “The Train” feeds off the energy of the crowd but his lack of discipline and his ego to go and smash up the youngster does not give anyone the nerve to back him in this bout. Added to the knowledge that he didn’t look too good in his last fight and barely managed to get the win.

We back David Onama for the win by KO or TKO because of his better technical skills and powerful striking. He will get Landwehr in the face and can mess him up badly, even in the early rounds. Onama also has the stats advantages in height, and reach and is younger. His aggression and 5.61 significant strikes per minute at 48% accuracy mean it’s a win for him.