Frank Camacho vs Manuel Torres Prediction: “The Crank” to continue his losing streak 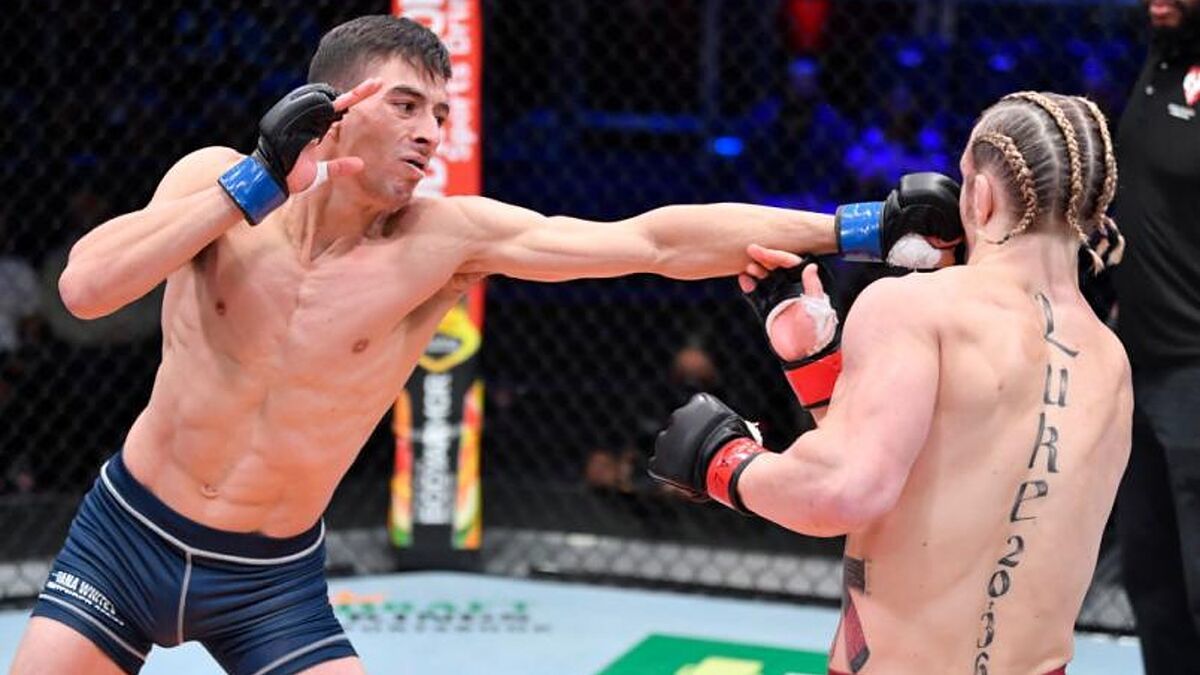 UFC Fight Night throws up an exciting contest between Frank Camacho (Guam) and UFC debutant Manuel Torres (Mexico) in one of the undercards of the night. The fight will be staged in the Lightweight division.

Camacho has had a terrible couple of years, having his fights canceled due to Covid-19 and a car accident, while the Mexican debutant has won three straight fights in the MMA circuit in Mexico and the UFC contender series.

A 2010 Blue Belt Brazilian Jiu-Jitsu World champion and a 2006 Micronesian Games wrestling gold winner, Frank “The Crank” Camacho, joined the UFC in 2016 after successfully competing in the MMA circuit in the Pacific Rim. On his debut at UFC Fight Night: Holm vs. Correia on June 17, 2017, he lost via unanimous decision to Li Jingliang. He, however, won the Fight of the Night bonus.

Camacho has got an exciting career in UFC. While he has won two fight of the night accolades, he has also struggled to make weight. This has earned him fines.

In his last match before the disruption caused by testing positive for Covid-19 and pulling out of a fight due to injuries sustained in a car accident, Camacho last fought and lost to another UFC debutant, Justin Jaynes, at UFC Fight Night: Blaydes vs. Volkov on June 20, 2020.

“El Loco” Manuel Torres was handed a contract by Dana White after excelling at the Contender series last year. His first-round knockout of Koltan England was eye-catching, if not controversial.

Torres comes to the UFC with a decent 12-2 record and a winning streak from UWC Mexico, where he mostly competed in the Lightweight division. He has been rewarded with a clash against an experienced fighter.

I’m really excited to be part of the biggest promotion in the world, and it’s still like a dream to me,” It is exciting to fight here again to come back since Contender Series, but obviously, I would love to fight in front of a packed arena soon. I’ve been thinking about this for a while now, and the only thing I can see is me winning and having a victory on Saturday.

Camacho has 17 knockouts from 22 fights, so obviously, his boxing skills are top-notch. He is also a good wrestler and can take Torres to the mat. The problem is that in the last few years, Camacho has been inconsistent, losing against lesser foes and pulling out from several fights. In his last four fights, he only won once against Nick Hein in 2018.

Torres, at 27, is the new kid on the block. His speed, brutality, and enthusiasm are difficult o overlook. Against a contender who is over the hill and may lack extra motivation, as seen from the last few fights, “El Loco” will be confident of winning come Saturday. However, he must be wary of being taken to the mat by “The Crank,” an outstanding wrestler. Camacho is no pushover in boxing, but we will go with the bookmakers in predicting a win for Manuel Torres at 1.72, according to Bet365.