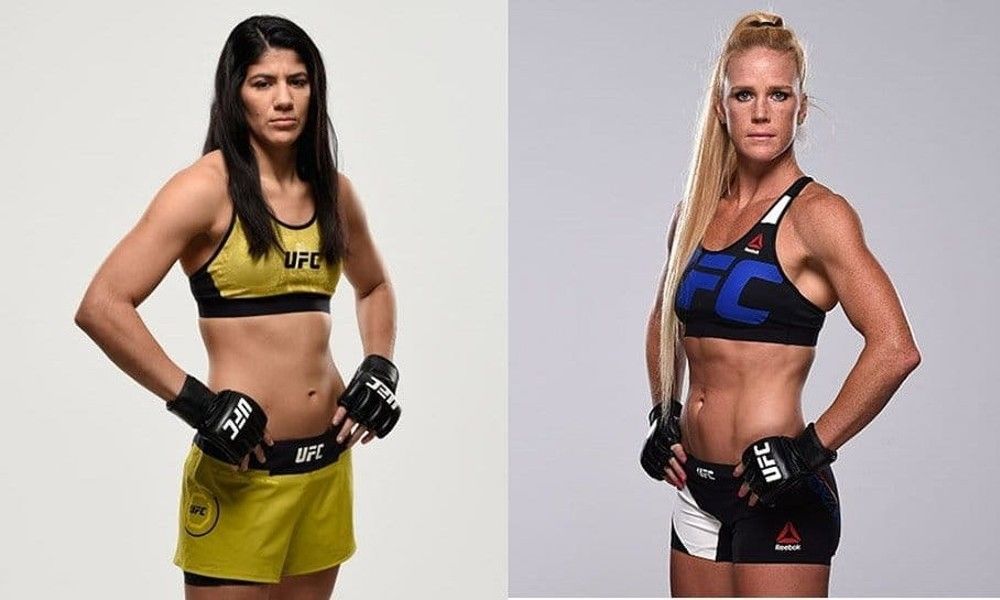 UFC Fight Night 206 (Vegas 55) will take place on May 22 in Las Vegas, USA. The main fight of the evening will face Holly Holm (USA) and Ketlen Vieira (Brazil).

The fight will take place in the women's lightest weight class. Holly Holm is ranked second in the official UFC rankings of her division's contenders, with Ketlen Vieira in fifth. In bookmakers' betting odds, the favorite is the American athlete.

Holly Holm: The girl who knocked out Ronda Rousey

Holly Holm, nicknamed "The Preacher's Daughter," can well be considered a living UFC legend. She came to mixed martial arts from boxing and kickboxing, and it's no surprise that she holds wrestling in contempt. Holly's finest hour came in 2015 when she knocked out the seemingly unbeaten Ronda Rousey in the first round in the first minute.

But after that victory, things went wrong for Holm. She lost her title already in her next fight, and then she lost exactly as many times as she won. Holly lost to the strongest girls (Tate, Shevchenko, de Randamie, Cyborg, Nunes) while fighting for the belt three times. Holm is now on a streak of two straight victories, both by unanimous decision, over not at all elite-level opponents.

Ketlen Vieira is always somewhere near the top, but getting a chance at least for a challenger fight has never worked out. Could this fight be considered a contender's fight? Maybe. Although she's been alternating wins and losses since 2018... And she hasn't lost at all to the elite of the UFC - Irene Aldana and Yana Kunitskaya.

And if she wants to beat Holly Holm, the solution here is obvious - she needs to move the fight to parterre. Ketlen has two black belts in Brazilian jiu-jitsu and judo, and she is also the Brazilian national champion in wrestling. Vieira has exactly one-third of all wins by submission, and in 2017 she managed to subdue even Sara McMann, the Olympic silver medalist in freestyle wrestling.

In her previous fight, Ketlen Vieira won by unanimous decision over Miesha Tate and said after the fight.

I only want to fight the best. It's about time everyone started respecting my fighting skills because I'm going to be a champion pretty soon. I felt uncomfortable at the beginning of the fight, but I was in complete control from the middle of the fight. It's a shame that this moment came too late, but I was wary that Tate would move me to the parterre and fight me.

Holly Holm is quite uncomfortable on the ground, which is Vieira's territory. Holly Holm is 40 years old and hasn't fought in a year and a half. And isn't that a reason to assume that the former champion is no longer the same?