Israel Adesanya vs Marvin Vettori: the first knockout loss for the Italian 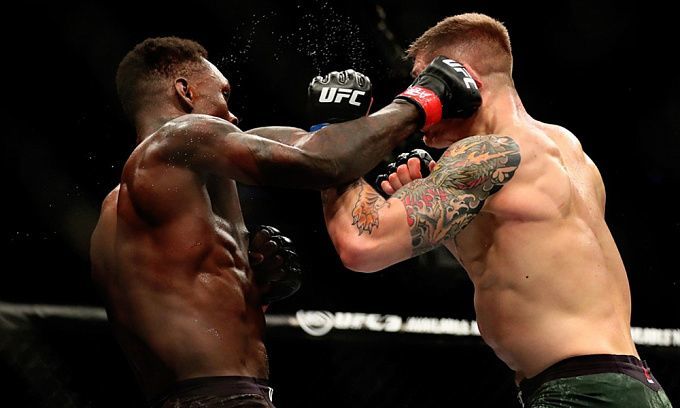 Early on Sunday morning, June 13, in the main event of UFC 263, Marvin Vettori will try to become the first Italian champion of the league. And he will have to defeat no less than Israel Adesanya. In 2018 the fighters already met, then Adesanya won by split decision.

There are champions who guard their zero in the record like the apple of their eye and carefully choose their opponents and the timing of their fights. And then there are those like Adesanya, ready to fight and take on new challenges all they want. Yes, he can be treated differently, but for a risky attempt to take the belt also in a higher category, you can just take off your hat in respect. In this gamble Israel lost, moreover, he exposed his weaknesses.

However, these weaknesses were not a secret, but Blachowicz pointed the finger precisely at them. Adesanya is extremely uncomfortable on the floor, especially in the middle of the octagon, and now there is a strong suspicion that Marvin Vettori will strive hard to do so.

Marvin Vettori: dreams of becoming the first Italian with the title

Marvin Vettori is a worthy opponent for the champion for two reasons. First, he is the only one who has given Israel Adesanya a competitive fight in the last few years, and according to some comrades, even won it. And second, he is on a streak of five straight victories, each of which he has won confidently. Especially since only Robert Whittaker and Paolo Costa are above Vettori in the rankings, both of whom Adesanya destroyed brutally recently.

Vettori doesn't think he lost his first fight with Adesanya, and certainly has every right to do so:

I reviewed our first fight several times. I was the aggressor during that fight. I was the one pushing the action. I think the judges were wrong to give the win to Israel. I'm ready for a rematch and I'm ready to settle the score once and for all. In this fight, I want to show who is the best middleweight in the world - Marvin Vettori.

The Italian's style is control and domination in the ground, with the ability to go for the choke. This he can do on the plus side. Otherwise, to be honest, the level is quite high, but not outstanding and not enough for the champion status.

Prediction and betting on the fight

Certainly, the defeat of Blachowicz only added to Adesanya's arsenal. He was thumbed at his weaknesses, which he may have suspected, but thought the advantages more than outweighed him. In fact, it's true, in the middleweight division, they do. Here again, he has an anthropometric advantage, a more powerful punch, and Vettori doesn't have the skills or health to take him down on the canvas all the time. The Italian has to take a lot of punches in the clinch, so I don't rule out the possibility that his first knockout loss will be in this fight.

Analysts at the bookmakers give Marvin Vettori a good chance to win, the odds on such an outcome are 3.0, while on the victory of Adesanya - only 1.40. But the odds on the total less than 4.5 is very interesting - 2.20, and I'll take my chances on it.

Korean Zombie vs Dan Ige: the bookies were obviously wrong

Alexey Oleynik vs Sergey Spivak: who will win?

Jairzinho Rozenstruik vs Augusto Sakai: The Surinamese has more chances

Jack Hermansson vs Edmen Shahbazyan: The American fixed his past mistakes

Cris Cyborg vs Leslie Smith: Another easy fight for the Brazilian

Charles Oliveira vs Michael Chandler: Odds are even, but the American will be comfortable in the stance

Antonina Shevchenko vs Andrea Lee: The American has a good chance to win
MMA
Finished

Michael Page vs Derek Anderson: American can endure and win

Fabricio Werdum vs Renan Ferreira: The fight will be decided in the first round

Rory MacDonald vs Curtis Millender: The Canadian is the clear favorite