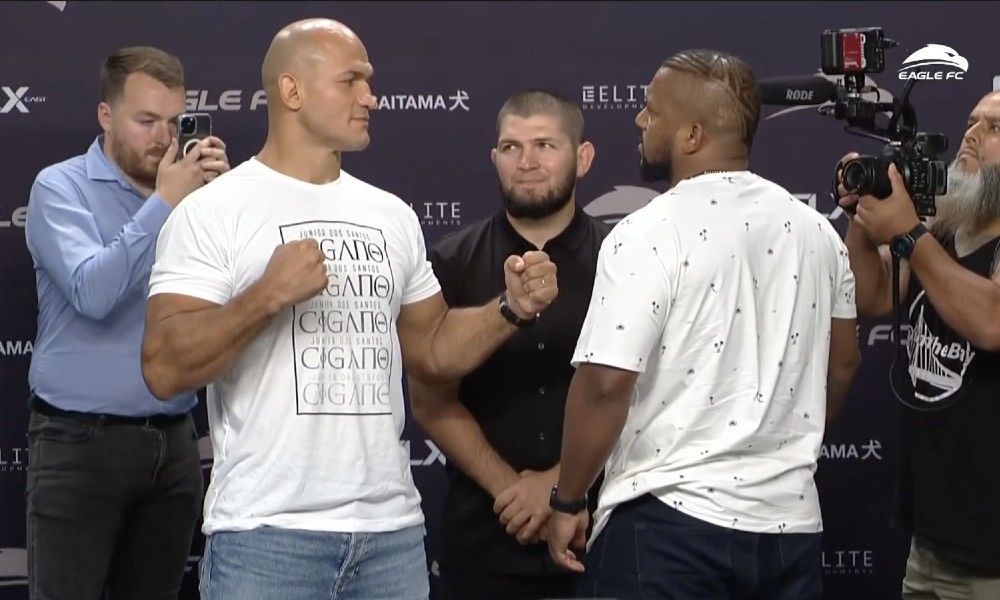 On May 21, Khabib Nurmagomedov's Eagle FC league tournament will take place in Miami, USA. Former UFC fighters Junior Dos Santos and Yorgan de Castro will meet in the main event of the evening.

The legendary Junior's peak of form came in 2011 when he became UFC champion, epically knocking out Cain Velasquez early in the second minute of the fight. But the following year, Dos Santos lost the title and went downhill. He fought twice more for the belt (both times unsuccessfully) and lost his last four fights early.

Of course, Dos Santos had elite opposition in these four fights (Ngannou, Blades, Rozenstruik, Gane), but he was knocked out once in the first round and three times in the second.

The former champion had his last fight back in 2020 against the rising Ciryl Gane, and the fact that he survived the first round can already be considered a success. Gane didn't rush things and worked with low kicks, answering Dos Santos's jab with the only thing he had to offer. Junior was already limping in the second round, and Gane had no trouble knocking him down and finishing him on the ground.

Yorgan de Castro: Only one win in the UFC

De Castro has had four fights in the UFC (from 2019 to 2021) but has only won once, with the opposition in those fights being far from his best. Since his dismissal from the world's strongest league, de Castro has won two fights at the Eagle FC 44 tournament by first-round submission over little-known US fighter Sean Usher (10-5).

If Yorgan De Castro wins, he will get a title fight against reigning heavyweight champion Rizvan Kuniev. But we have good news for Junior Dos Santos as well. If Dos Santos wins, I want to set up a fight against Fedor Emelianenko.

Bookmakers see Junior Dos Santos as the big favorite for this fight, but there are big questions about that position. De Castro is still a very tough fighter with a scary punch. And it doesn't matter that he doesn't have much besides punching - it's all about the fact that Junior doesn't hold any punches anymore. And de Castro gets hit at least once, no doubt about it. And the longer the fight will go on, the more tired, the more technical Dos Santos will be, and the more likely his mistake will be to miss in the beard.