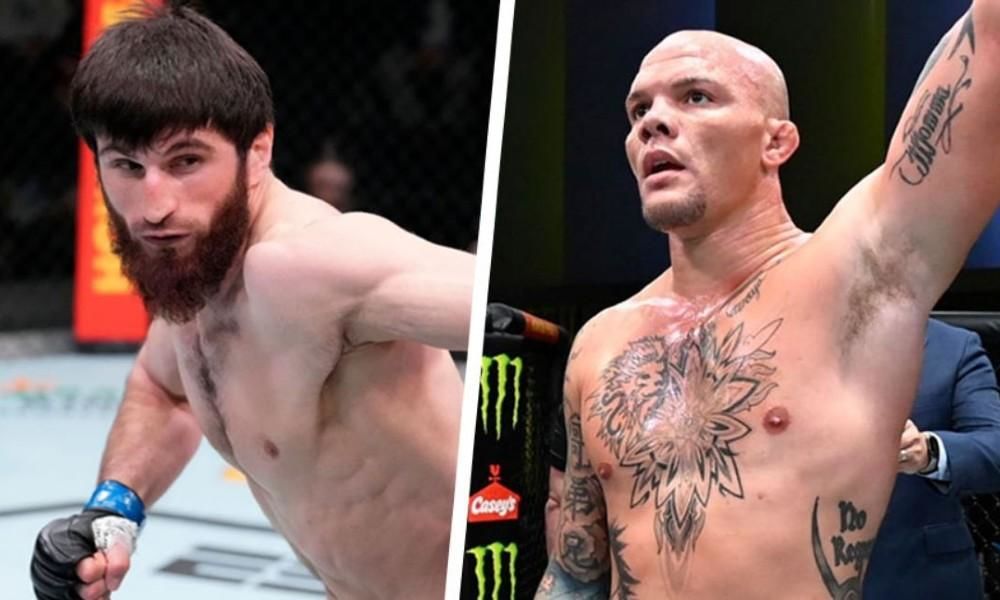 On the night of July 30 to 31, Dallas (USA) will host the numbered tournament UFC 277. One of the main card fights will feature Russian fighter Magomed Ankalaev and American Anthony Smith.

The fight will take place in the light heavyweight division. Magomed Ankalaev is #4 in the official UFC rankings of the division, and Anthony Smith is ranked #5. The Russian fighter is a big favorite in bookmakers' quotations.

Ankalaev has lost only one fight in the UFC and in his entire career in general. The fans will never forget that fight with Paul Craig, when Magomed was doing what he wanted with the opponent only to be caught and knocked out in the last (!) second (!) of the fight.

After that embarrassment, Ankalaev won eight fights in a row (four times early), but after the level of opposition rose considerably, he began to fight more cautiously and took the last three fights by decisions.

In his last fight, Magomed defeated Thiago Santos. The fight was not very spectacular; Ankalaev was careful and acted cautiously. While being more accurate, he lost in exchanges and for some reason he did not fight and did not even try to kick down although it had to be done in the corner. The Russian fan was nervous before the referee's decision, but they still gave the victory to Ankalaev.

"Training for Smith is going well. This time I came to the United States two months before the fight to get accustomed and to prepare in the local gym. Here you have all the conditions for that. Also, nobody bothers you here, no unnecessary calls, meetings. Dana White said our fight will determine a contender for the belt, so I'm very serious about it and I'll do my best to win."

Anthony "Lionheart" Smith is one of the most experienced fighters in the UFC, who even has a (lost) title fight with Jon Jones under his belt.

But now Smith is on fire. He won his previous three fights in the first round, choking out Ryan Spann in his last one.

Anthony goes big underdog in the fight against Ankalaev, which just makes him furious.

"+350? Go get your money. +350? That’s crazy. That’s criminal. Goddamn. You hear that? If I was fighting goddamn Jon Jones and Francis Ngannou at the same time, I (still) shouldn’t be f*cking +350, that’s crazy. I don't consider Ankalaev the most dangerous fighter in the division. He's definitely not the scariest opponent, at least not to me. I’ve got a really dangerous guy in front of me who everyone kind of deems as the boogeyman, and that’s really exciting for me, how dangerous everyone else thinks he is."

Here are the objective stats for you to decide who is the best to bet on.

The bookmaker quotes are really surprising. Ankalaev may be a favorite, but he's not that big of a favorite. He's a little bit better in wrestling, he's a little bit faster, but as for striking and stamina, you can argue about that.

Most likely, the fight will be narrated by the Russian. Magomed will be very careful in his style, avoiding exchanges that are very dangerous, and he will calibrate his opponent calmly on points.