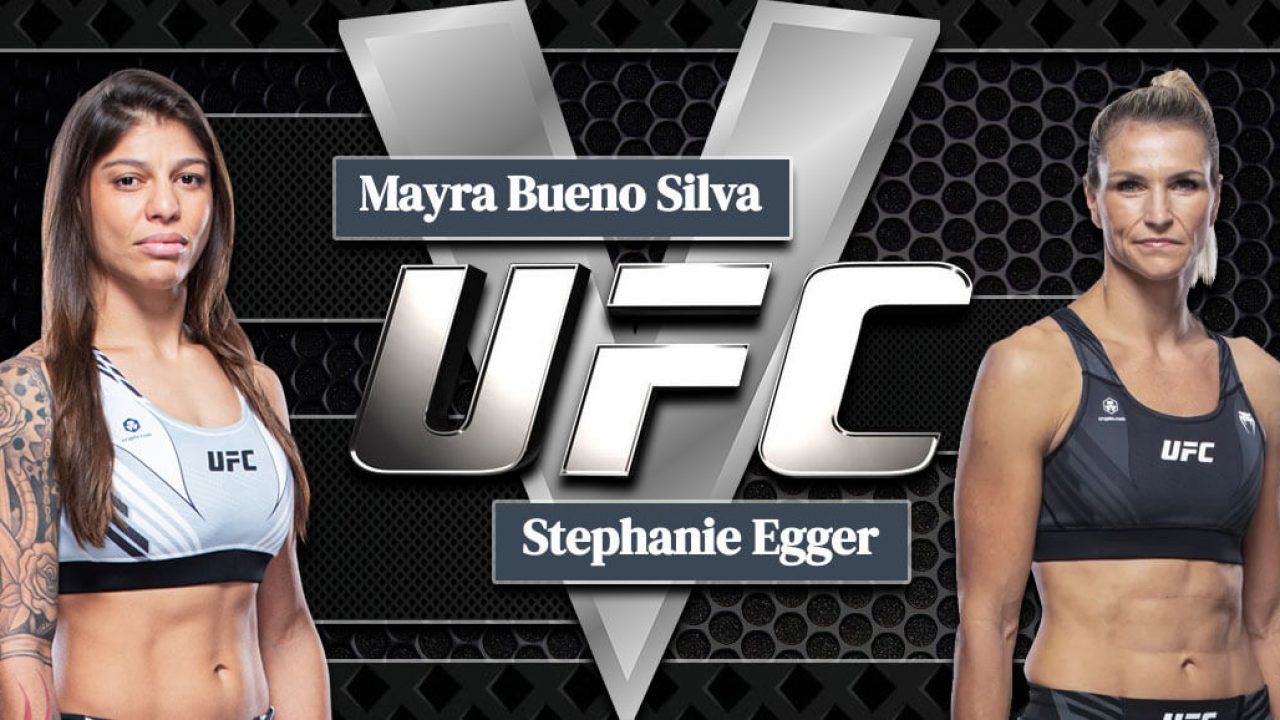 The women’s Bantamweight match between Brazilian Mayra Silva and Swiss Stephanie Egger is going to be both intriguing and tough to call. Both fighters come into the bout off the back of positive performances of late and will hope to keep the momentum going. Going by their previous records, Silva’s strategy will consist of fighting on her feet and deploying her well-honed striking skills to keep her opponent busy and at bay. Egger will be looking for an opportunity to get the fight going on the canvas where she will hope to lock her opponent away with a submission. The Swiss is a slight favorite of the bookmakers but we see a value bet in backing the Brazilian.

Brazilian Mayra Silva has had ups and downs in her UFC career. He recent win in April was her first victory in the promotion for 2 years since when she defeated Mayra Romero Borella at UFC Fight Night 178 in September 2020. She won the fight via a round one submission. Though an excellent striker who will probably prefer to trade punches for this match, Silva is competent on the mat with 5 submissions in her career. She has contested in both the Flyweight and Bantamweight classes in UFC and her return to 135 pounds may signal better days ahead.

After a successful international Judo career, Stephanie Egger transitioned to mixed martial arts and made her UFC debut in 2020 with a loss against Tracy Cortez in October 2020. She spectacularly won her next two fights with a second-round technical knockout of Shanna Young in October 2021 and a first-round armbar submission of Jessica Rose-Clark earning her her first Performance of the Night bonus award.

The match is an intriguing one where both fighters will be planning to take advantage of the clinch. Silva comes from a Jiu Jitsu background while Egger is an excellent judoka who uses her Judo skills to throw opponents down and follow for the submission. In this fight, it might not be easy because Silva, who is a very mobile and high-volume striker, will keep Egger at range while she goes to work with her powerful hand and leg shots. Silva has poor take-down defence but all the same, is not easy to submit. If she gets taken down, she will find a way to escape and get back on her feet. If the Swiss Egger cannot submit Silva then there is not much she can do as her striking is weak and she cannot hurt Silva. When faced with a tough and hard-to-defeat opponent like Silva, Egger generally withers. Added to the number of submissions that Silva has, we are going for a win for the Brazilian.