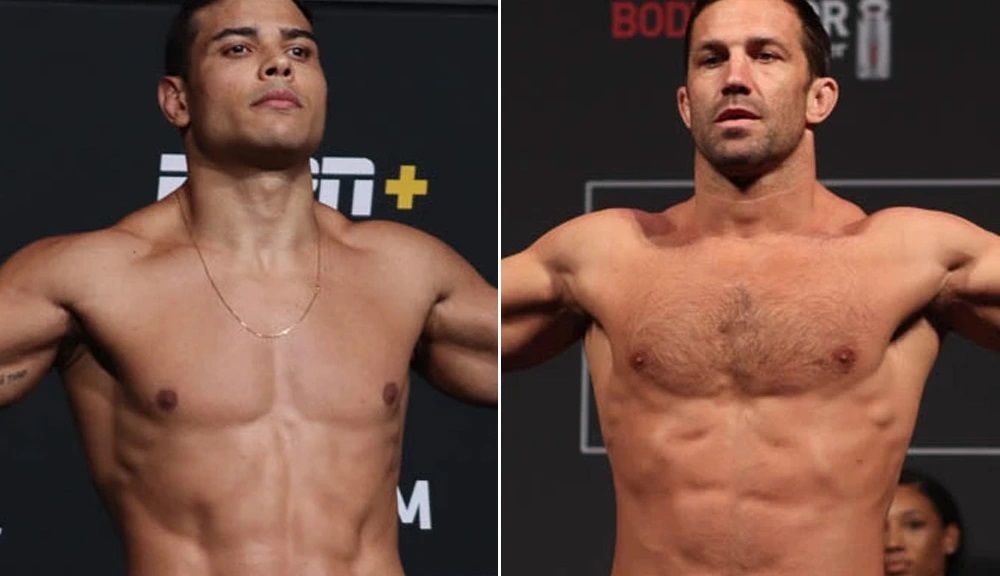 Two fighters on a poor run meet in the co-main event of UFC 278 at Vivint Arena in Salt Lake City, Utah. Former Middleweight champion Luke Rockhold will hope to showcase his talent and skills once again when he takes on number 6 ranked and former title contender, Paulo Costa of Brazil. The veteran American, Luke Rockhold who lost the Middleweight championship in 2016, is a surprisingly huge underdog against Paulo ‘The Eraser’ Costa, whose first loss in the UFC came against Israel Adesanya in September 2020.

The 31-year-old Brazilian made his UFC promotional debut in 2017 after a brilliant career in the regional Brazilian fight circuits. He was unbeaten in the UFC until he challenged current Middleweight champion, Israel Adesanye for the championship. He lost for the first time via technical knockout in the second round. Against Marvin Vettori in his last fight in October 2021, Costa weighed twenty-five pounds above the Middleweight limit. The fight went ahead as a Light Heavyweight bout and Costa lost via unanimous decision. Costa defeated Yoel Romero in August 2019 to win the Fight of the Night award.

The American fighter is a former Strikeforce and UFC Middleweight champion. After winning the Strikeforce championship, Luke Rockhold joined the UFC when Strikeforce was absorbed into UFC. He became UFC Middleweight champion via a technical knockout of Chris Weidman at UFC 194 in December 2015. However, his reign as 7th Middleweight champion of UFC was not long-lasting as he was upset in his first defense against huge underdog Michael Bisping. Described as one of the biggest upsets in UFC history, Bisping won via KO. Since then he has won one and lost two from his three fights, including a Light Heavyweight debut against Jan Blachowicz in his last fight.

Paulo Costa is a huge favorite to win this fight. There are several reasons which may have pushed the Sportsbooks to go all out for the Brazilian, one of which is that Luke Rockhold has not made Middleweight cut since early 2018. Also, his last fight was against Blachowicz in 2019 at Light Heavyweight. Costa is a superb grappler. His short arms massively give him mobility when grappling, especially his famous under hooks. He can get out of a take-down with his under hooks as seen during his fight with Yoel Romero. He also has great cardio which may come in handy as this is a 5-round match.

All the same, the former champion is a more skilled fighter with great feet and decent grappling. If he can improve his defense and stay away from the Brazilian’s power shots he will find a pathway to victory. Rockhold’s leg kicks and punches in the early rounds can be leveraged to KO Costa which the American will be looking to use to make up for any cardio deficiencies if the fight goes to the later rounds of the five. We see Rockhold follow with slam kicks to Costa’s legs and arms and some wrestling to wear him down and prevail. Rockhold has been around more than the younger Brazilian and with those odds will be motivated to take another shot at Middleweight glory. We go for an upset here.