Roman Dolidze vs Jack Hermansson Prediction: It Won't End Up in a Judge's Decision 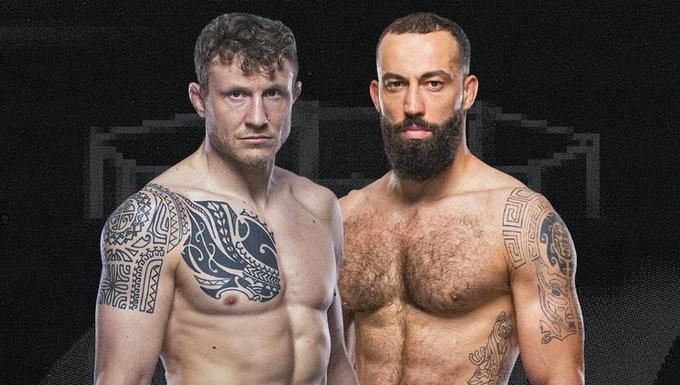 On the night of December 4, the UFC Orlando tournament will take place in the United States.

The Georgian fighter Roman Dolidze can put the year 2022 in his credit. In four months, he has had two great wins: in June, he knocked out Kyle Daukaus, and in October - Phil Hawes. In an exclusive interview, Dolidze admitted that he would have liked to fight Paul Craig at light-heavyweight, but fate had a different outcome.

Derek Brunson dropped out, and the Georgian fighter agreed to come out to fight Hermansson on short notice. We think this will be fine for Dolidze. He is in great shape all the time and didn't suffer any significant damage in his previous fight.

Over the past six months, Dolidze has shown everyone that he has great potential and serious middleweight prospects. The fight against Hermansson is an excellent opportunity to get into the top 10 division rankings. With all certainty, Roman can be called a versatile fighter. In the standing, he has all the qualities needed to knock out his opponent, and his rich grappling skills allow him to fight at the elite level.

The 34-year-old Swedish fighter is ranked number eight. Looking at Jack's recent performances, we can say he will not take any title. For the last three years, Hermansson has been succeeding and failing consistently, and the bad news for him is that he beat Chris Curtis the last time.

Jack's main advantage is his wrestling skills, which he uses pretty ably. Against average fighters, Hermansson is a winner, but when it comes to the top, that's where the Swede's problems begin.

Jack is very pragmatic, and the public doesn't like him much. His last four bouts went down to the judges. The Swede has excellent stamina and chooses the right game plan over a spectacular showdown.

Bookmakers again see Dolidze as the underdog, and it's becoming a tradition. That doesn't seem to bother Roman as he keeps climbing the ladder. Betting on Dolidze's victory looks tempting, but we suggest another option just in case.

In his last bouts, Roman looks powerful. He fights brightly, without delaying the outcome in a long box. We can already say that Dolidze reached the level to face the top contenders. Roman will try to rush things, so the fight does not come to the judges' decision. It will be tough for Jack to drag his opponent into deep waters this time.