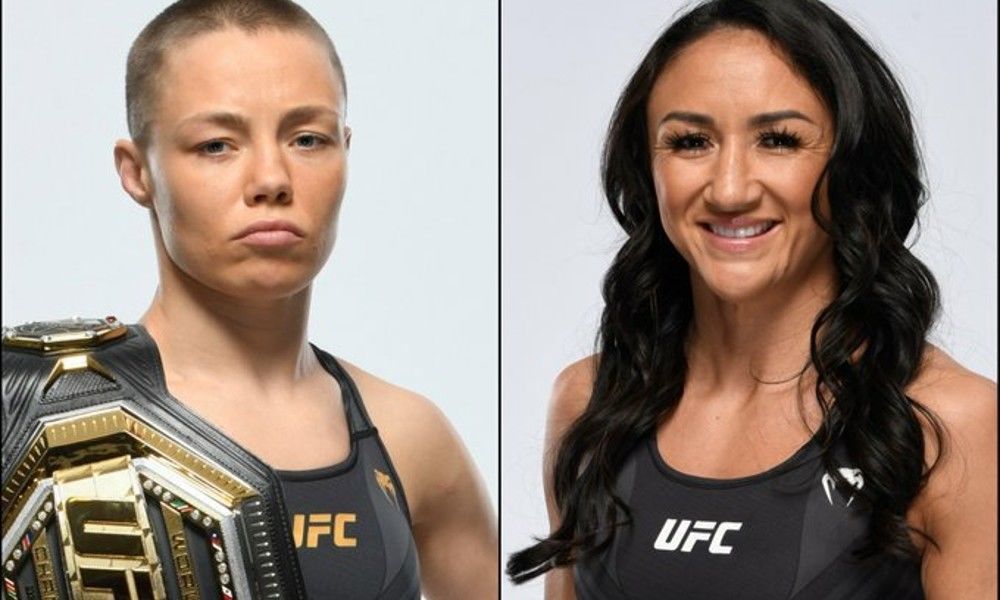 The big tournament at UFC 274 will take place on May 8. In the co-main event, Rose Namajunas will defend the title in a bout against Carla Esparza.

The fight will take place in the women's strawweight division. Namajunas is the reigning UFC champion, and Esparza is ranked number two. In the bookmakers' betting odds, Rose Namajunas is the favorite.

The girls already met in the cage in 2014 and then Carla Esparza won by submission (rear-naked choke) in the third round.

Rose Namajunas: She already beat everyone

Namajunas has been at the top of the division for a long time, she's won the title, lost it, and won it again. She is a tough fighter, spirited, and has not missed a single fight with elite fighters. Occasionally she loses (not often) but in rematches, she always gets the upper hand. In her last seven fights, Rose has only lost once (to Jessica Andrade), but in her next fight, she won.

She has won her last two fights against Weili Zhang, arguably the most dangerous girl in the division. But if in her first fight Namajunas knocked out the Chinese woman with a leg kick as early as the second minute.

The second bout was a very close one. Rose gave away the first two rounds but took the last three without question. While she dominated the fifth round completely, she held it on top of her opponent after a successful rear-naked takedown.

Namajunas once said that there was nothing left to do and only a fight with Carla Esparza would make sense. That may be true, but Esparza doesn't look like a competitive opponent for the champion.

Right now Carla is on a streak of five straight wins, but there are no top contenders on that list and three wins are highly questionable.

She just seems to be a better version of herself. She's much sharper, like when I see her footwork and her composure in the cage... You know, she has very clear footwork... When there's kind of a quick moment, someone maybe off or kind of not paying attention, she uses that really well. She sees it really well. Her hands are really up and sharp, and her strokes are clear... She's definitely grown a lot since our first fight.

Carla Esparza will probably be able to trouble the champion in the parter, but the keyword here is 'probably'. Namajunas isn't very good at defending against take-downs, but she has learned how to get away from submissions and is also good at getting up. In the standup, she is clearly stronger, and if we remember her anthropometric advantage, we can assume that Carla will try to avoid the standup.

It's hard to argue with the bookmakers' betting odds this time, but there are still good bets. Namajunas' win is priced at 1.39, Esparza's win at 2.65. That said, the bookmaker doesn't believe the fight will end early, and that's exactly what the bettor should think about.