Tai Tuivasa vs Greg Hardy: The footballer will win over the Rugby player 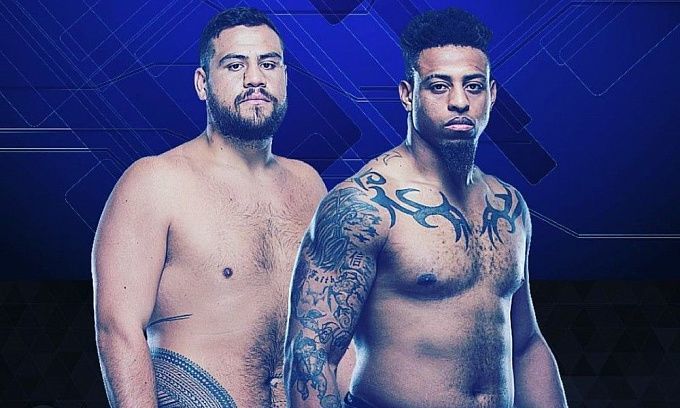 The long-awaited fight between the Australian Ty Tuivasa and the American Greg Hardy At UFC 264. The Conor McGregor vs Dustin Poirier fight will headline this event. The fight will take place in the heavyweight division. Neither fighter is in the UFC top 15.

This match has an unexpected, even somewhat amusing intrigue - the former professional rugby player and American Soccer players will fight.

Greg Hardy was selected in the 2010 NFL Draft by the Carolina Panthers, with whom he signed his first professional contract in June. In 2014, he was arrested and later found guilty of injuring his ex-girlfriend. In 2015, he signed with the Dallas Cowboys. In 2016, he was arrested for cocaine possession and declared his desire to become an MMA fighter.

Tai Tuivasa from a young age seriously engaged in rugby, in 2010, even signed a contract with a professional rugby club Sydney Roosters, but because of his gambling addiction, he was forced to give up the sport.

His MMA fighter's career has been on a winning streak - 8 straight wins, 3 straight losses, now his winning streak is two fights at the moment. Before entering the world's strongest league Tuivasa became the champion of the Australian promotion AFC. Dana White's brainchild got him dismissal notice for three straight defeats but asked for one last chance, which he seems to have taken.

Tuivasa is on fire right now, as evidenced by his last two first-round knockout victories. The win over Harry Hunsucker was especially significant. Both fighters fought for less than one minute, the Australian took the lead immediately and Hunsucker was stopped by a barrage of punches. Referee Herb Dean stopped the fight at the 49th second of the first round and scored Tuivasa's victory by TKO.

After each of his victories, by some unknown Australian tradition, Tai drinks beer from his shoe or sandal, and the audience likes that, too. Every time we come to Vegas, we always do it, and this is going to happen again

The guy is scandalous, flamboyant, and quite good at playing the role of a gangster. He suffered his first defeat by disqualification (a knee to a grounded opponent), the second time the result was canceled because he used an inhaler between the rounds... Now he is not losing because of such penalties, but his contenders have become noticeably stronger.

He had a very strong opponent in his last fight, Tybura was on a steep winning streak, beating Spivak, Grishin, and Rothwell. But Hardy chased him in the first round like a schoolboy, he beat him, but could not knock him out, and in the second round, he ran out of gas, got caught on the take-down, and was beaten in the parterre. He's a long way from being a champion, but the bigger the target, the easier it is to hit it, right?

My coaches are pushing me in ways the world has never seen. I'm not training as a heavyweight division fighter but as a middleweight. I've always let people know, told them from the beginning: I want to be a world champion. I try to make it a daily job, come in, and do my thing. I'm creating my game to be a world champion, not a fluke.

Bookmakers see the Australian as a slight favorite, but you can argue. Both fighters like to fight in the standup, I'd say they even like to get in a head-on collision, so anything is possible. They're heavyweights.

I was impressed with Greg Hardy's first-round against Tybura, so I'll take a chance on him here. The odds are 2.10 for Hardy’s victory and 1.571 for Total Rounds Over (1.5).