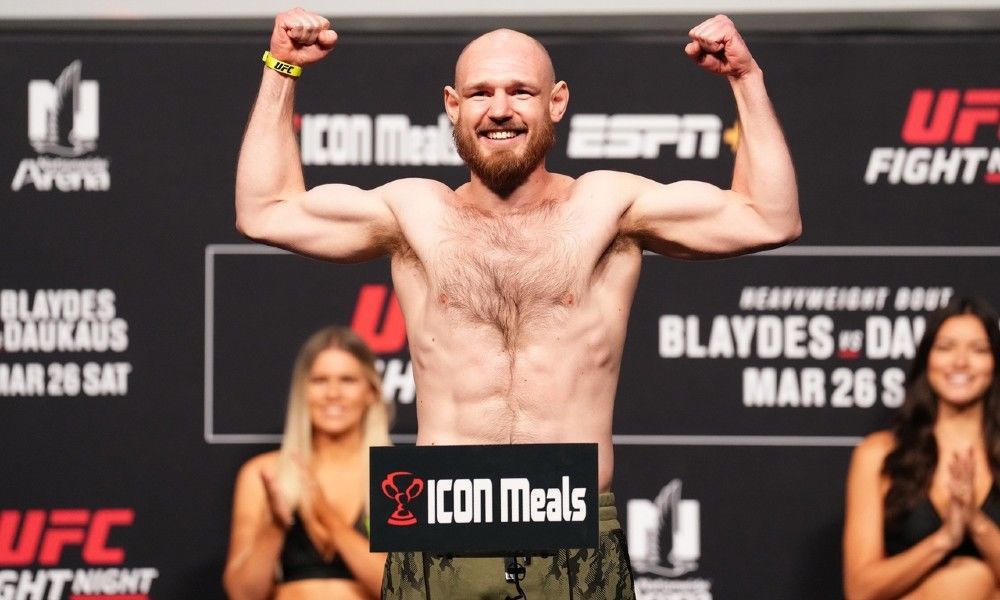 Another UFC Fight Night will take place on March 26 to 27 in Columbus (USA). One of the preliminary card fights will feature Russian Viacheslav Borshchev and England representative Marc DIakiese.

The fight will take place in the lightweight division. None of the fighters is in the official UFC rankings top-15. Viacheslav Borshchev is the bookmakers' favorite.

Viacheslav Borshchev: jack of all trades

First Borschev shocked the UFC boss at Dana White's Contender Series 2021 with his spectacular performance, and then he lit up in his debut fight in the world's strongest league. He knocked out Dakota Bush with a devastating liver shot in the first round, getting a bonus, and after the victory he performed a wild mix of lezginka, hopak, breakdance and Russian dance in a whorl, which finally made his fans from all over the world fall in love with him.

«My blood is Russian. I couldn't be any more Russian. I even did a DNA test, I think I have some Baltic or Lithuanian blood, and that's it. And I love our songs, our dances. But most of all, I like lezginka. In general, the Caucasian guys were supposed to fight in this tournament, I kind of performed for them.»

Diakese is an inconspicuous UFC fighter who has won only two of his last seven fights, and is now on a two-fight losing streak. In the previous fight last November, he was strangled by Rafael Alves as early as two minutes into the fight.

Marc Diakese's record includes some pretty big names (Rafael Fiziev, Nasrat Haqparast, Dan Hooker), but the fact is that he lost to all of them.

Viacheslav Borschev won his last four fights by knockout and we can assume that the trend will continue. But Diakese he has yet to be knocked out. He's not a pushover, he's experienced and he's seen a lot in the cage. Then again, Viacheslav is also far from being a top contender, losing his last fight, until he was saved by a great punch.

We'll be rooting for Borshchev, but betting money on him is pretty risky, Diakese has everything to avoid getting knocked out and outbid his opponent on points. This is a very good fight for him.

Bet365 offer odds of 1.62 for Borshchev’s win, while Diakese’s is estimated at 2.30. Bookmakers do not believe that the fight will end early: