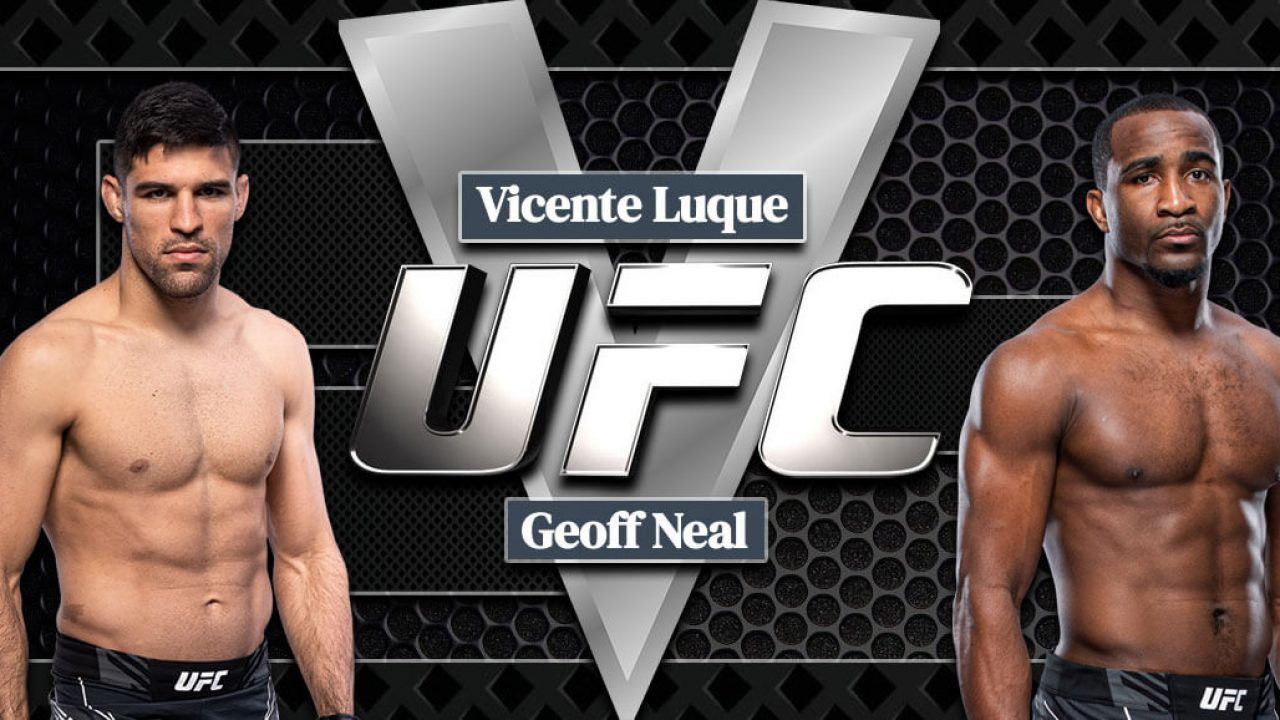 UFC Vegas 59 serves up a tasty matchup between two exciting Welterweights American-born Brazilian Vicente Luque and American Geoff Neal. Luque, who just lost his winning streak to a controversial decision by the judges against Belal Muhammad in his last fight will be up against a resurgent Neal who finally put an end to a losing run with an upset against Santiago Ponzinibbio. While the oddsmakers have installed the number 6 ranked Luque as the favorite, Neal will be confident that he can upset the bookmakers once again.

After training in Muay Thai and Brazilian jiu-jitsu, Vicente Luque arrived the UFC via regional promotions in Brazil in 2015. He has lost only three times in the UFC - all by decision. With 14 victories, some analysts think he should be higher than 6 in the Welterweight rankings. His rematch with Belal Muhammad last April saw the judges hand a controversial decision to Muhammad even though the Brazilian landed more strikes. Luque has won four Performance of the Night and Fight of the Night bonus awards. Dubbed “The Silent Assassin” he has the most finishes in UFC Welterweight history. He is good at hounding his opponents down the Octagon, striking with hands and feet. As an efficient grappler, he has severally deployed the D'Arce choke to submit his opponents.

Geoff Neal joined the UFC in 2018 and has a 6-2 record in the promotion. Prior to that he had fought in regional promotions and had a successful amateur career. In the UFC, he started brilliantly before falling off slightly managing to break a losing streak with a win over Santiago Ponzinibbio before this fight. His résumé includes wins over highly rated fighters like Belal Muhammad and veteran Frank Camacho.

Luque vs Neal will be an all-action fight that will most likely go the distance. As shown, by his upset against Santiago Ponzinibbio last December, Neal is a smart fighter who will try to stay out of range of Luque in a bid to make the Brazilian come after him. If Neal can stay away from the grappling and wrestling (which I think he will), he has a chance to take the fight to the 3rd round. However, he is likely to be battered by Luque in the initial rounds as Luque will be expecting to walk his opponent down.

For the camp of Geoff Neal, the game plan will be to stay on his feet and use his power to hurt Vicente Luque. Neal is more than a decent striker. We back him to get the decision win over Luque as he loves being the underdog.

Decision win by Geoffrey Neal at 4.5 odds on 1xbet.