Women's Individual 2022: Marte Olsbu Røiseland to be in top-3 again 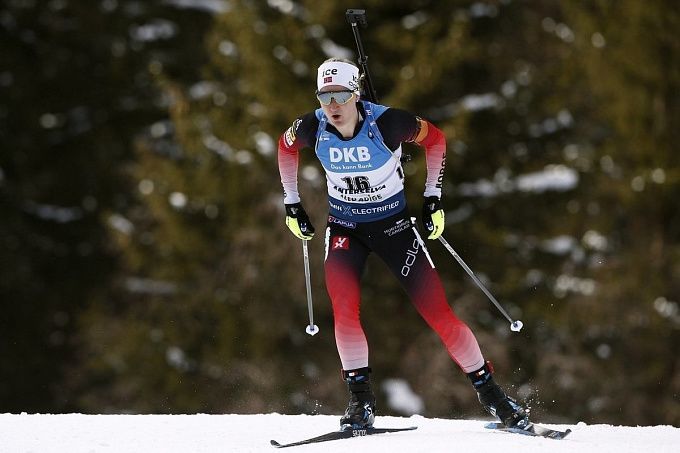 Marte Røiseland has already sealed gold in the mixed relay at the 2022 Olympics. Will she be able to get on the podium again in the individual race? Our prediction: the Norwegian biathlete is ready to fight for a medal.

Marte Olsbu Røiseland has come to China in great shape. This is proved by her dominance in the overall World Cup standings this season, as well as the result in the starting race at the Games, where together with her teammates she won the gold in the mixed relay. The experienced athlete performed brilliantly in the first stage, where she showed the best course, using only one extra round on the shooting lane, which is outstanding for Beijing's weather conditions.

In the individual race, accurate shooting will be especially valuable, because each time you miss, you don't have to take a penalty lap (25 to 30 seconds) but an extra minute is added to your time. This only improves the chances of the Norwegian, as she's currently in the top three shooters of the season, shooting 92% both in the standing and prone positions. As a result, it seems reasonable to bet on Marte Olsbu Røiseland to finish in the top three at odds of around 1.90.

Denise Herrmann and Tirill Eckhoff are having a very modest season, and that's why they are in the bottom ten of the World Cup standings. Besides, they both have managed to get in the top-three following individual starts only once, and the German did it after the individual race in Östersund where she did great job on the lane, finishing the race with one penalty. As for the Norwegian athlete, her individual results are much worse, she finished 30th in Sweden and 11th in her second start in Antholz.

Tiril Eckhoff had already demonstrated all her shooting problems in Beijing: she had missed six extra rounds on two stages and as a result, had to take three (!) penalty laps. Meanwhile, the German biathlete managed to avoid penalties and covered all the targets with extra ammo. Obviously, the chances of success in the upcoming individual race are higher for the Germany representative, so we can bet on Denise Herrmann to finish above Tiril Eckhoff for about 1.80.

Yuliia Dzhima and Clare Egan are two biathletes who have yet to make it on the podium this season and are 40-something in the overall World Cup ranking. However, their chances of success are very different in the individual race. The thing is that the Ukrainian failed in both individual races, taking only the 22nd and 80th places, and the American almost got on the podium in Antholz, where she took the fourth place.

The US representative's shooting accuracy is also favorable which is 85% (89% prone, 82% standing). As for the Ukrainian with her 76% (79% prone, 72% standing), it is extremely difficult to count on success in the individual race, after all the price for each miss is too high. So it turns out that the favorite in this pair is the American, and you can bet on Clare Egan to finish above Yuliia Dzhima at odds of about 1.90.