Latvia vs Finland: Suomi to pick up another easy win 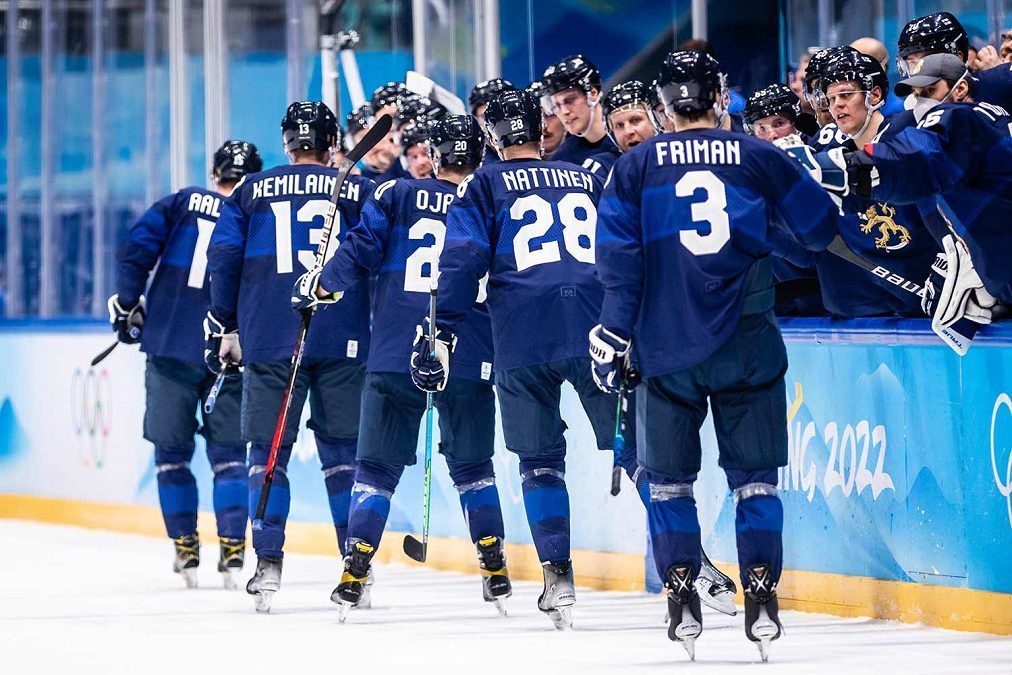 Latvia managed to snatch points from Finland in the last World Cup in Riga. Will Harijs Vitolins' men be able to upset Finland again? We predict that this time, the Blues will win!

The Latvian national team failed at the last World Cup, held in Riga. Then, under Bob Hartley's leadership, the Latvians failed to advance from the group, after which the Canadian specialist resigned. The experienced Harijs Vitolins was appointed the new manager, who made his debut after successfully qualifying for the 2022 Olympics. The Latvians were in good shape in the final part of the tournament, judging from the first game. Yes, they made a few mistakes in the first half against Sweden, which resulted in a 0-3 defeat, but they gradually managed to reverse the situation, narrowly escaping with a 2-3 win.

The national team of Finland was considered one of the main favourites of the tournament before the Olympics in Beijing and, after the first meeting, is an undisputed contender for the title. In the last two World Cups, Suomi managed to win gold and silver medals, which in itself shows their level of ambition, and now they also crushed the Slovakian team 6-2. The game's main hero was forward Sakari Manninen, who sealed his hat-trick. The Finns have three tiers capable of good attacking, so their teammates will provide the back-up if someone else fails to play well.

The Latvian national team is an unpleasant opponent for Suomi. Yes, in their last six head-to-head encounters, the Finns have won five times, but only once have they secured a comfortable win, and on the other occasions, the difference in the scoreline has been minimal. Still, Jukka Jalonen's charges have shown their mettle in the opening game of the Olympics so that the Latvians will have a tough time in the upcoming game. The Blues effectively attack, while their counterattacking prowess is impressive. As a result, we suggest picking Finland to win with a handicap (-1.5) for 1.55.

The Latvian and Finnish teams have been poor at scoring against each other of late. If we take out the only meeting where Suomi managed to defeat their opponent, 8-1, the opponents have only allowed 29 goals (4.00 on average per game) in their last five games, which is a very modest mark. The Finns had their fun the day before against Slovakia, so they've already satisfied their appetite for goals against such a formidable opponent, and the Latvians are certainly not going to play openly. Therefore, Total Under 5.5 pucks for 1.75 seems to be a good option.

If the Latvian national team's players are to be expected to score, special attention should be paid to the experienced Lauris Darzins. Despite his impressive age, 37, he remains the national team leader. In his first game at the 2022 Olympic Games, he featured in both of his team's goals, assisting first to Renars Krastenbergs and then to Nikolai Eliseev. The veteran has also been productive for Dinamo Riga, with 18 points (3 goals + 15 assists), so it might be worth looking at Lauris Darzins' Total Over 0.5 points for 2.50.