Content
To top
1.
Marte Røiseland will finish the Olympics on an up note
2.
Will the Russians get on the podium?
3.
Tiril Eckhoff vs Hanna Sola
4.
Expert Betting Tips
Users' Choice
12 200 USD

Olympic Women's Mass Start 2022: Norway to win, Russia to finish on the podium 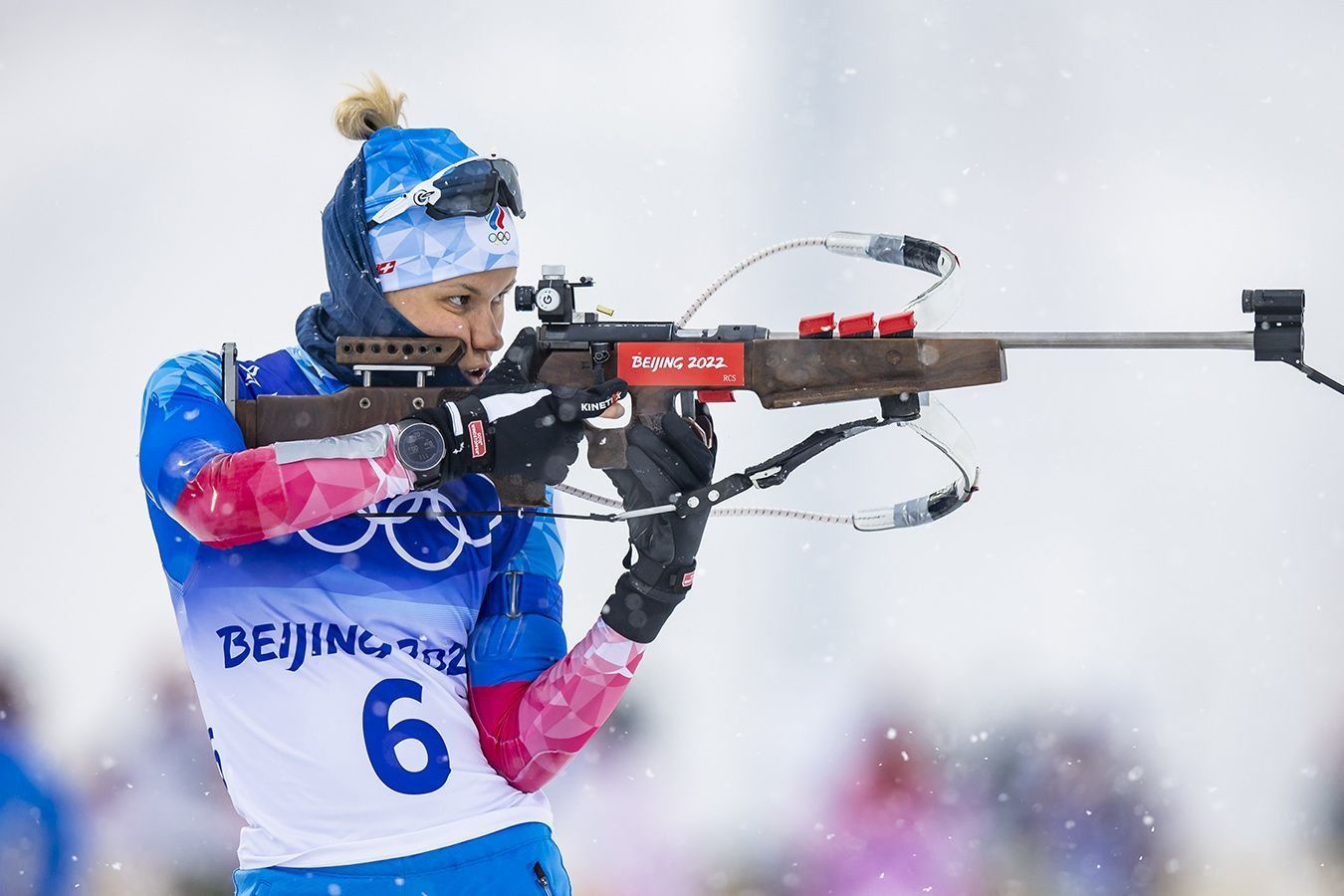 The women's relay is the only race where Marte Røiseland failed to win a medal at the Beijing Olympics. Will she be able to recover in the mass start? We predict that the Norwegian will be champion again!

Marte Røiseland will finish the Olympics on an up note

Marte Røiseland is the strongest woman biathlete at the Beijing Olympics, unlikely to surprise anyone. After all, she came to the Games as the reigning overall World Cup leader. The Norwegian has already won three gold medals and one bronze medal in the Chinese capital. In the relay race, the Scandinavian finished only fourth with her team, but she finished her leg very well and almost made it to the podium.

Undoubtedly, the Norwegian will try to make up for that local setback in the relay by picking up all the prizes, at least in the individual starts. The 31-year-old biathlete is doing quite well on contact starts, she's not fidgeting on the firing line, and she continues to show decent speed, although she's been spending the whole Olympics without a break. As a result, it's worth looking at a bet on Marte Røiseland to win for 2.62.

Will the Russians get on the podium?

The Russian women's national team has been unsuccessful at the Beijing Olympics for a long time. All the ladies had serious shooting problems, and they all fell behind the leaders. The only exception was Kristina Reztsova, who was a couple of times close to the medals but spoiled everything with the last shot. It seemed that with such terrible preparation, Russian athletes had no chance of winning in the relay. Still, the Russians sensationally won the silver medal and, at some point, could even count on the victory.

This success should relax the Russians, who can already afford to run at their own pace in the mass start since they have an Olympic medal, so the burden of responsibility should finally be relieved. Despite a modest showing in the individual events, three Russians have qualified for the mass start: Kristina Reztsova and Uliana Nigmatullina, who are second and sixth in the World Cup respectively, and Irina Kazakevich, who replaced Ingrid Tandrevold. We believe that either of the Russians to make it into the Top 3.

Tiril Eckhoff is one of the world's best biathletes in contact racing. The Norwegian athlete has excellent speed training, which allows her to close the gap on the distance if even on the shooting ranges misses, and there are very few equals on the finish lap. For example, all of this enabled the Scandinavian, after finishing 11th in the sprint, to finish with a bronze medal in the pursuit race at the Beijing Olympics. This season she has only run the mass start once, where she finished a high sixth place.

Hanna Sola is higher than the Norwegian biathlete in the mass start rankings. Still, the Belarusian biathlete participated in two races and finished 12th and 26th, so her current ranking is as follows. Otherwise, she has no serious advantage over the experienced Scandinavian, who had already made it to the podium in the general start race at the Pyeongchang Olympics four years earlier, winning the bronze medal. With that in mind, a bet on Tiril Eckhoff finishing above Hanna Sola for 1.60 is worth looking at.