Slovakia vs Latvia: the Latvians to Win the Outsiders’ Battle 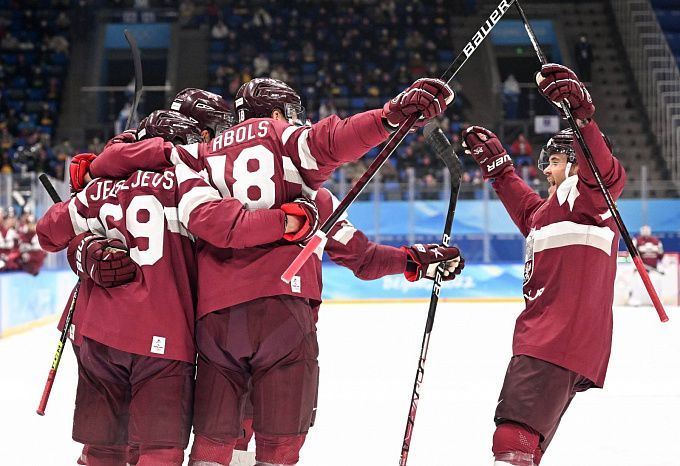 The Latvians beat the Slovaks in the last two head-to-head encounters at major tournaments. Will Craig Ramsey's squad avoid another setback in Beijing? Check the teams’ conditions and expert betting tips. Several betting options are available!

The Slovak national team has looked very weak so far at the Olympics. Before the tournament, they were hardly favorites, but Craig Ramsey's squad frankly disappointed. In the opening game, the Slovaks suffered a devastating 6:2 defeat from Finland, but they occasionally showed their mettle when attacking. In a match against Sweden, the Boys also tried to be active on offense and outscored their opponent, 41:29, but still lost 1:4, shooting their only goal two minutes before the final buzzer. Curiously, all three goals for the Slovaks were scored by 17-year-old Juraj Slafkovsky.

Latvia is another team that is still without points in Group C. Nevertheless, Harijs Vitolins' wards have looked very good in their matches. With Sweden, the Latvians were down 0:3 but then sent two pucks, although, in the end, they lost 2:3. The meeting with Finland was even more tenacious: for 38 minutes, Latvia managed to hold back the attacks of the Suomi, keeping zero at the scoreboard. In the third period, the team tied the and conceded the decisive goal, losing at the end - 1:3. Still, with playing like that, the Latvians have a chance to prove themselves in Beijing.

The Slovak and Latvian teams had a poor start, falling in two games each. The Slovaks seemed very humble, while the Latvians left a much better impression, especially when defending their goal. Craig Ramsey's wards have only Slafkovsky, and one 17-year-old's efforts can hardly be counted on. Moreover, the Latvians have beaten the Slovaks in their two head-to-head encounters at the World Championships, so we recommend Latvia win.

Slovakia has already missed a lot in Beijing, so there is no doubt that the coaching staff and the squad will pay attention to defense. At the same time, both teams have problems with attacking, as so far, they have only three pucks each (1.50 average per game), and the offensive lineups are not outstanding. With that in mind, a total under 4.5 seems to be a good bet.

Juraj Slafkovsky is a young forward who leaves the brightest impression of the Slovak national team. He authored all three of his team's goals at the Olympics, an incredible result. We shouldn't forget that this player isn't even 18 years old yet, and now he's the tournament's top sniper. At the club level, he played only 21 meetings scoring only one goal. Obviously, the prodigy is in fantastic shape, so it is worth looking at the bet on the total over 0.5 by Juraj Slafkovsky.