Sweden vs Latvia: The Latvians will put up a good fight against the Swedes 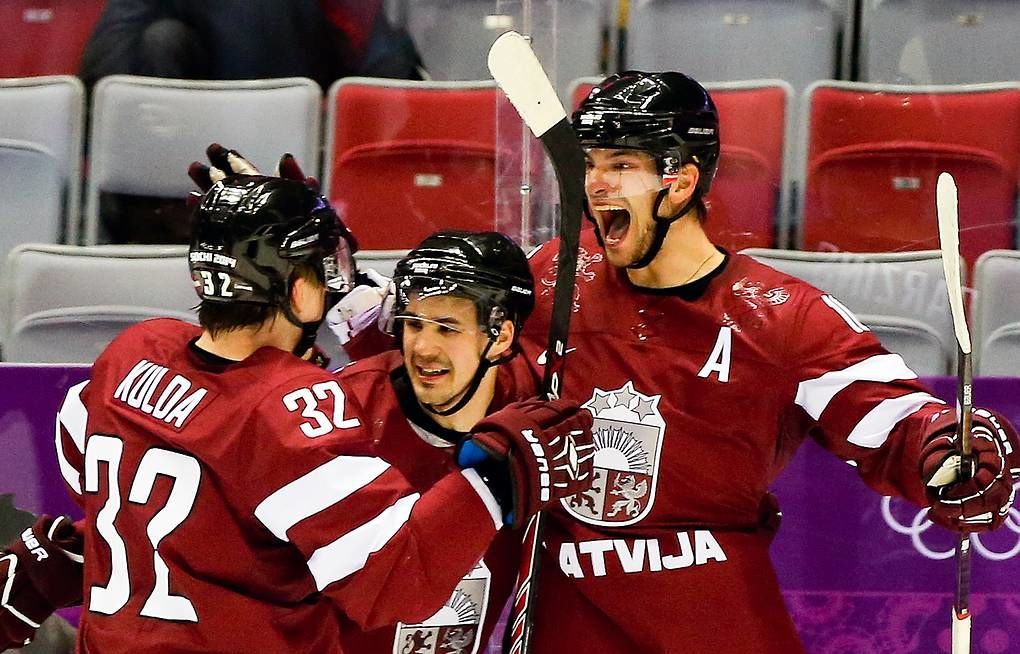 The Latvians have been unable to beat the Swedes in eight head-to-head encounters in a row. Will Harijs Vitoliņš's men be able to break their losing streak at the 2022 Beijing Olympics? We predict that it won't be easy for the Tre kronor.

The Swedish team is a two-time Olympic champion, but at the last Games in Pyeongchang, they were left without awards, losing in the quarterfinals to Germany 3:4. The Tre kronor are also not going to Beijing in the best mood because they also failed in their last major tournament: at the 2021 World Cup in Riga, they failed to make the playoffs, having put together a very strong line-up of names. Johan Garpenlov decided to surprise the entire hockey community by calling up very big and strong guys for the 2022 Olympics, while several creative and skilled players were not invited to the Swedish national team.

In the 21st century, the Latvian national team was consistently selected for every Olympic games until it sensationally failed in the PyeongChang qualification. Fortunately, after that failure, the Latvians have been able to work on their mistakes, so now they will be able to compete in Beijing, although the way to the Games was extremely difficult. Their recent major competitions were not at their best since they failed to make the group stage at the homeworld championships under Bob Hartley. Since then, the Canadian coach has finished his work with the Latvian national team, and Harijs Vitoliņš has been named the new helmsman.

History of head-to-head encounters between Sweden and Latvia

Over the past decade and a half, Sweden and Latvia have played ten head-to-head games in major international tournaments. On nine occasions, the Swedes have claimed victory, while Latvians have been stronger on one occasion. The goal difference also favours Tre kronor, 43-18. The last time the opponents met at the 2019 World Cup, the Swedish players celebrated the victory, 5-4.

The Latvian national team failed to make it out of the group stage at the last World Cup; however, they have been relentless in every game. Proof of that is the fact that the Latvians have lost just once, by a margin of two goals, and that too to the USA 2-4, and they have lost on four other occasions, losing narrowly, three times in overtime. The absence of NHL representatives at the Olympics means that the Swedes and Latvians are leveling off, so there should be a chance for some points for Harijs Vitoliņš's men. As a result, we suggest betting on a win for the Latvian national team with a handicap (+1.5) for 2.10.

The encounter between Latvia and Sweden will be their Olympic debut at the Beijing Olympics, so it is unlikely that they will show a bright and attacking game without looking back at their own goal right away. On the contrary, the opponents will try to play defensively to avoid giving each other goal-scoring opportunities. The playoffs are open to all teams, but a top-2 finish is crucial to ensure a direct shot at the quarterfinals; the battle for points will be fought out from the opening minutes. With this in mind, Total Under 4.5 pucks for 2.65 seems to be the best bet.

The Swedish team arrived in Beijing with a curious squad that will show that a solid defence is a big priority for the Swedish team and that their attacking moves can be discussed later. Latvia is another organised team that will certainly not take any chances in the opening game, especially with the score tied at zero. All this bodes well for the opponents' very cautious start to the game, so it's unlikely that we'll see any goal-scoring chances in the first half of the opening twenty minutes. In such a situation, it is worth looking at a bet on Total Under 0.5 pucks at the end of the tenth minute for 1.75.