Bristol vs. Harlequins: The unstoppable quins to beat the bears 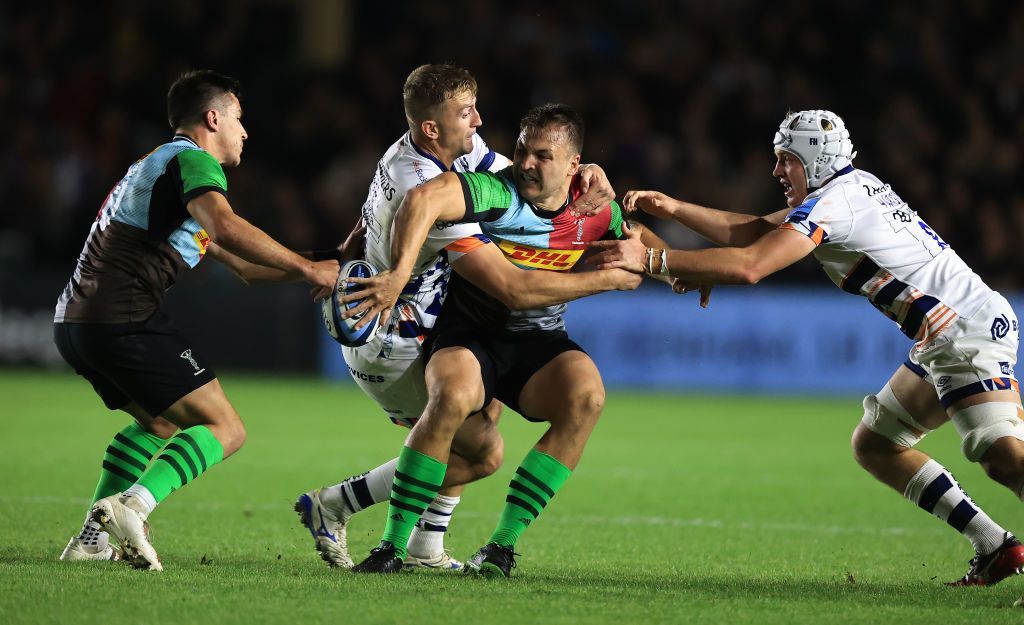 Sunday, 13 March 2022, marks the day when Harlequins make their way back to Ashton Gate of Bristol, England. They will be up against the Bristol Bears for the Round 2020 of the Gallagher 2011/22 Premiership.

What makes this match so interesting? The history between the two clubs!

Everyone seemed that the Bears had it in the bag last year. They put up a very strong season and were declared the favourites for winning the Premiership. Then, they faced the Quins! Although beginning with a lead of 28-0, the Quins made a stellar comeback to win it all. They ended up defeating the Bears by 43-36.

Apart from the sour history between the two, the current rankings of the team also matter in deciphering the winner.

While Harlequins will enter the match, basking in the glory of their win of 24-10, Bristol has a lot of pressure to perform in the wake of its loss of 29-27 against Bath Rugby.

Moreover, while the Quins have won the last three matches consecutively (against Wasps, Worcester Warriors and Newcastle Falcons), the form of Bristol Bears has been questionable. Out of the five recent games, it has only won two.

However, the head coach of Harlequins, Tabai Matson, doesn’t believe that this is a reason to take the team lightly. "Bristol are in the bottom third of the table it doesn't reflect their programme, and at any moment they can explode and make you look stupid. We're preparing for the Bristol side that we have arm wrestled a number of times last season,” he said.

Can Harry Thacker be the saving grace for the Bears?

Harry Thacker, Bristol Bears’s hooker, has managed to put up a strong performance this year. He managed to make the most successful line-out throws (13) in the tournament when playing the last weekend’s match.

He also had the third-best line-out throwing success rate, with a whopping 95 percent! The question arises, is his performance enough to save the Bears in their match against the Quins?

Probably not! This is because the Quins have also put together a strong team that seems to have gotten the winning formula figured out. For starters, Tyrone Green managed to become the player who has carried the most meters (2,032), made most carries (232), and beaten most defenders (68) in the tournament. Moreover, Cadan Murley is dubbed as being the player with the most clean breaks.

So, between the two teams, both have players that are achieving various milestones this season!

And, they both also have troubling performers as well. For starters, both Harry Thacker of Bristol Bears and Louis Lyna of Harlequins have missed more tackles (7) in their last weekend’s matches than other players.

Keeping in mind the strong performance of the Quins in the past few matches of the season, along with the fluctuating form of the Bears, it seems that while Sunday’s match will surely be fun to watch, you can easily predict who the winner is.

Harlequins are likely to continue their winning streak, even if the Bears put up a strong fight, as they did in 2021.