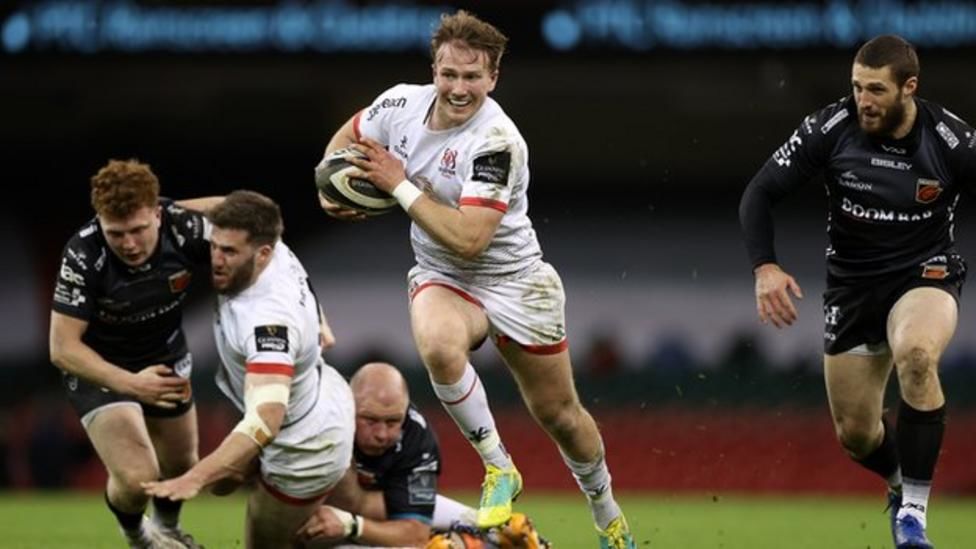 The 2021-22 season of the United Rugby Championship is entering into round 12 of the tournament. For this round, one of the matches is scheduled for 20 February 2022, in which Dragons and Ulster will oppose each other at Rodney Parade, Wales.

Dragons- Keeping Their Hopes up After the Tiebreaker

The Dragons lost the 1st and 2nd round to Ospreys and Leinster but were victorious in the 3rd against Connacht 35-22. The team couldn’t win any games after that until they were tied to Benetton 13-13 in the previous round. The Dragons also lost 3 Challenge cup tournaments to USA Perpignan 22-16, Lyon 41-28, and Benetton 23-9. However, they scored success over Scarlets 52-32 in the Pro 14 Rainbow Cup. Dragons need a win to settle their record and showcase their potential. It would be a tough game to compete in as they have not won any games by Ulster before, and the opponents will not give away a win quite easily.

Ulster- Following the Trail of Victory

Ulsters have had a tremendous share of wins over the past years. This season, the squad won 4 successive rounds by Glasgow Warriors 35-29, Zebre Parma 36-3, Benetton 28-8, and Lions 26-10. The team was also able to beat Scarlets 27-15 in round 11. Ulster built a streak by winning 4 European Rugby Championship Cup tournaments against Clermont and Northampton, 2 matches each. The last game they lost was to Munster 18-13, which was a close defeat. The Ulsters have successfully beaten Dragons twice, 40-17 and 26-22, in the past 2 years. Since the team has 2 straight wins over their coming opponent, they’ll be keen to continue their domination. Hence, Dragons must be ready for any situation in the field.

After ending their last game in a draw, Dragons will try to prove that they’re getting back in the game and be at their best. Nevertheless, Ulster has been putting forward a really good game since the start of the League, and with all the great victories in hand, they’ll be waiting to score another win and continue dominating Dragons in this tournament as well.