Melbourne Storm vs. New Zealand Warriors: Papenhuyzen to keep scoring in the NRL 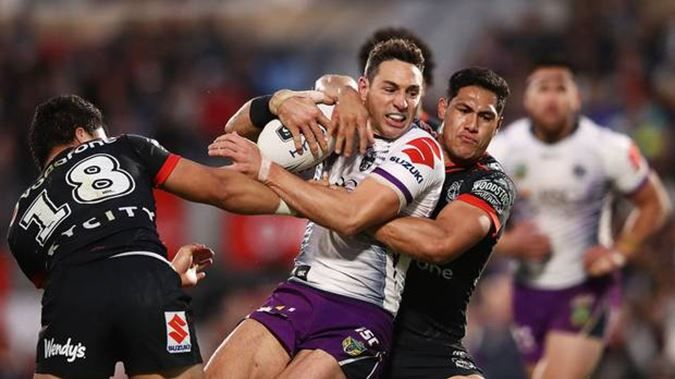 Melbourne has enjoyed an excellent start to the NRL season, winning five of their first six games. Craig Bellamy's team has won three in a row, beginning with a dominant 44-0 victory against Canterbury. They kept the scoring coming with a 30-16 victory over Canberra.

Last week, the Storm defeated Cronulla 34-18, leading 24-18 after Harry Grant scored, with two late penalties increasing the advantage. Jesse and Kenny Bromwich have been called back from COVID procedures, with Jesse starting at prop and Kenny in the back row.

Chris Lewis and Alec MacDonald are replaced on the bench by Brandon Smith and Trent Loiero. Dean Ieremia (hamstring) is anticipated to make a comeback in Round 10. Christian Welch (achilles) and George Jennings (ACL) are out for the season.

Last Saturday, New Zealand was defeated by the Roosters 22-14. They led 8-6 at halftime but were unable to hang on at the SCG. Matt Lodge is back in the front row, with Aaron Pene and Bunty Afoa on the bench.

Jazz Tevaga (suspension) is eligible to return and has been designated as a reserve. Jack Murchie (calf) and Ben Murdoch-Masila (leg) will be out for another week. Marcelo Montoya (suspension) is sidelined until Round 10, and Tohu Harris (knee) is expected to return in Round 12. Ashley Taylor (hip) is a model.

New Zealand is a formidable opponent, but Melbourne is one of the finest teams in the NRL. I'm betting on the Storm's Ryan Papenhuyzen to score a try for the sixth time in a row.