Content
To top
1.
Munster- Quite Favorites to Win
2.
Toulouse- Can Upset Munster and Get Through to the Next Stage
3.
Expert Betting Tips
Users' Choice
2100 200 USD

Munster vs. Toulouse: Can Munster Get over the Line with Changes Made in the Playing Lineup 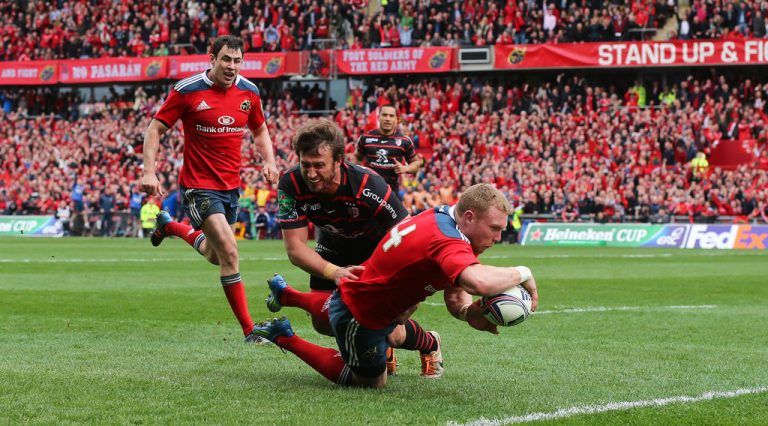 For the upcoming fixture of the important quarterfinal game, Munster has made two to three possible changes that are expected to impact the team’s overall performance. Murray gets a game in place of Casey, and Conway misses out. It’s the nineteenth time these two clubs have made it to the super eight stages.

Munster- Quite Favorites to Win

When Munster Rugby takes on reigning champions Stade Toulousain in the Heineken Champions Cup quarterfinals on Saturday, they will have history on their side. With 14, the Irish province has won the most quarterfinals of any team in the tournament, including their previous five, including two triumphs against Toulouse (47-23 in 2013/14 and 41-16 in 2016/17). In the upcoming quarterfinal, Conor Murray will start at the scrum half, looking to justify his inclusion. Munster Rugby has beaten Stade Toulousain in four of their last seven Heineken Champions Cup matches, including the 2007/08 final (16-13). They did, however, lose their most recent matchup with the five-time champs (33-40 in the Round of 16 last season).

Toulouse- Can Upset Munster and Get Through to the Next Stage

This season, Munster has caused more opponent turnovers than any other team in the Heineken Champions Cup (48). Furthermore, no club in the tournament has given up more turnovers than Stade Toulousain this season (70). In his three Heineken Champions Cup outings this season, Antoine Dupont of Stade Toulousain has defeated 18 defenders. His six defenders defeated per game average is the highest of any player who has been in the tournament more than once in 2021/22.

Even though with a couple of changes made to the side, Munster will be the favorites to win and score above 25 in the all-important quarterfinal. However, both teams are equally well matched for the game, but Munster has a psychological upper hand.