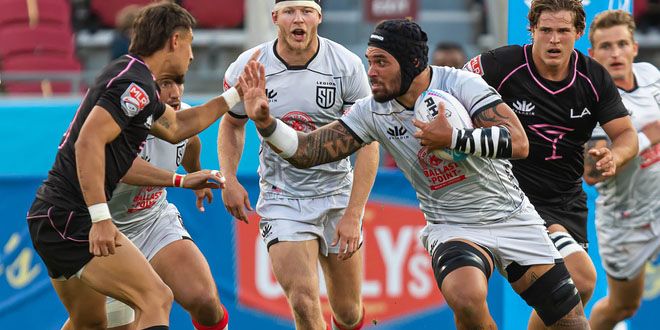 On Sunday evening at the Sports Deck in San Diego, the Legion will face the LA Giltinis for the Cali Cup. Both clubs are in the postseason chase, but their outlooks are considerably different.

San Diego's humiliating loss to the SaberCats last weekend left them in a dangerous situation. They are three points behind Seattle and Houston, and two of their next three games are against the top two teams in the Western Conference.

Nathan Sylvia and Michael Smith are no longer available, necessitating two alterations to the starting lineup. Joe Walsh starts at loosehead prop, alongside Tevita Tameilau at No. 8. Dan Pryor moves to the openside flanker position. Since February, Chris Schade has made his first appearance on the field as a backup hooker, with Pat Lynott filling in at loosehead this week.

After their nail-biting triumph against Austin last Saturday, the Giltinis have now won seven in a row. They are presently only six points behind the Gilgronis, remaining one game. Stephen Hoiles will urge his troops to play again without injured captain Dave Dennis and standout hooker Joe Taufete'e.

Big Joe is replaced by Andrew Tuala, who will be joined in the front row by Les Leulua'iali'i-Makin and Charlie Abel. Nathan Den Hoedt switches to lock, and Zach Bonte is brought in to start on the blindside flank. The only other alteration is a straight wing swap, with Will Chambers replacing John Ryberg.

This will be the Legion's final game at the Sports Deck before they move to Snapdragon Stadium next season. They'll need to make the most of the opportunity since LA sits far ahead on the form chart and were comfortable victors when the two teams met in March. Although the visitors should be regarded as clear favorites, expect a fight from San Diego.