South Africa vs New Zealand Prediction: An exciting opener ahead 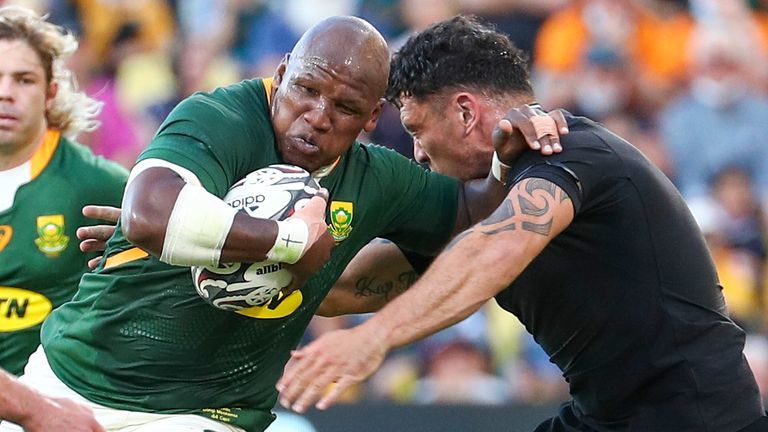 The prestigious Rugby Championship is comprised of six demanding rugby matches. The All Blacks won the 2021 Rugby Championship with five victories. They had a chance to win the grand slam, but they fell just short to the Springboks in the last Test of the season. Australia fared well after suffering two consecutive losses to the All Blacks, including thrilling back-to-back victories over the Springboks. They will strive to outperform their final standing of second as they get ready for the World Cup in France the following year.

The runner-up will go into this competition with a winning mentality. Springboks will do everything to win their opening match, as this will be a motivation and a stepping stone for them to stay at the top of the competition. Their last five matches have not been impressive, as they could only win three out of five matches. Although having a win of three out of five matches would have been an outstanding performance for other teams, their caliber in the Rugby world has made this to be a disappointing performance for them. However, we all expect South Africa’s Springboks to be at their best when they play their first match at Mbombela Stadium.

New Zealand - can the All Blacks win a consecutive Rugby Championship

Only one of New Zealand's last five games, a 42-19 victory over Ireland, went in their favor; the other four were losses. When they struggled to defeat a weak Ireland, their shockingly awful performance began. After winning the last Rugby Championship by defeating the South African Springboks, they will face a new test in the Rugby championship to demonstrate their competitiveness. Four changes to the starting lineup have been made by All Blacks coach Ian Foster as he begins his battle for the team's future. The All Blacks should perform at the highest level possible. The weak-performing reigning champions will do all in their power to defeat the potent Springboks team.

The last five matches between the two teams saw South Africa win one and three for New Zealand, while one ended in a draw. At face value, it would seem the All Blacks are the side who performed the poorer of the two in the July series. Still, if you consider the form of their opponents, an argument can be made that it is, in fact, the Springboks who were the poorer of the two as they only faced a struggling Welsh side while the All Blacks faced an Irish side who played out of their skins. Even then, the All Blacks can claim the most convincing win of all the matches, and they will be hurting and looking for a bounce back in this match.