St. George Illawarra Dragons vs. Sydney Roosters: Will Roosters Be Able To Make it Straight 8 Against Dragons? 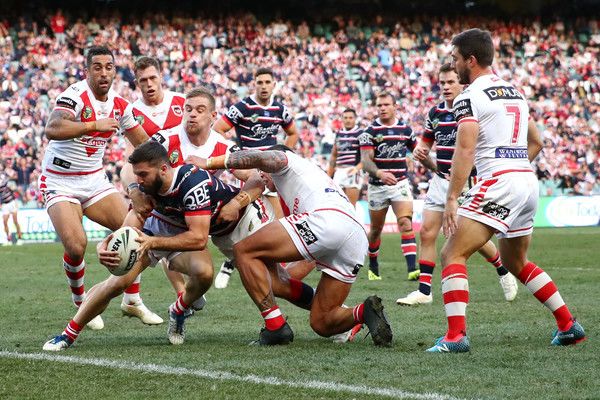 The Round 7 match will occur at Netsrata Stadium in Sydney at 09:00 a.m. Can the Dragons escape a second loss at the SCG? Let's find out.

Cody Ramsey (hamstring) has been named a reserve after missing the previous several weeks due to injury. Billy Burns (foot) is out indefinitely, and Max Feagai (ankle) is sidelined until Round 11.

Sydney got off to a shaky start to the season, losing two of their first three games. Trent Robinson's team responded with three victories, beginning with a 28-4 victory in North Queensland, with Joseph Manu scoring two tries.

The Roosters battled back from a 10-0 halftime deficit to win 24-20 in Brisbane, with Manu scoring two more tries. Last Saturday, they defeated the Warriors 22-14, with tries from Daniel Tupou, Kevin Naiqama, and Sam Walker.

Connor Watson is out for a month with a throat infection. On game day, Sam Verrills may be benched in favour of Drew Hutchison, who has been picked to start. Siosiua Taukeiaho (calf) and Paul Momirovski are both back for the ANZAC Day match. On the wing, Joseph Suaalii keeps his berth.

Last Friday, the Dragons overcame the lowly Knights to avoid a sixth straight defeat. The Roosters have an excellent chance to achieve a huge win and keep in touch with the top four.