Adrian Mannarino vs Aslan Karatsev: the First 3:0 from Aslan in Melbourne 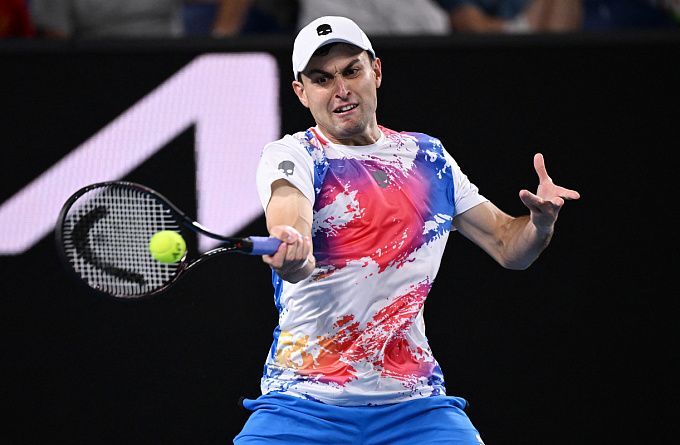 Aslan looked more confident in the second round than in the first round. We will not be surprised if, in the last 32, the Russian will defeat his opponent, especially if his opponent will be Adrian Mannarino and not Hubert Gurkac, expected by many at this stage of the tournament.

Before the Australian Open, Mannarino had two matches and two losses, and in Melbourne, the Frenchman beat top-15 player Hubert Gurkac 3:0. Before that, with great difficulty and in five sets, he outplayed Duckworth, #49 in the world. We'll see, but there are doubts that Mannarino has a real chance of beating Karatsev as well.

After a hard win in Sydney, there were some concerns for Aslan. However, so far, the Russian is doing quite well in Melbourne. We had few doubts that Aslan would win in the end, despite the difficulties in the match against Munar. Then Karatsev was lucky with his opponent in the second round, and now. The Frenchman's pinpoint victory does not indicate anything serious. Everyone, including Hubert, has terrible matches. Hurkacz's difficult victory over Gerasimov suggested a weak form of the Pole.

If Majors were held as a regular tournament, we doubt Karatsev would have time to recover a day after the match against Munar, especially after the game in Sydney. We hope the Russian signs of progress from competition to match, at least in the third round, we expect a higher level of play than in the first and second round. With all due respect to Mannarino, but in the upcoming game very much depends on how Karatsev plays, not the Frenchman. If the Russian can realize his potential by 75%-80%, Adrian has little chance even to win the set, not to mention the final victory.