Canadian Open. Round of 16 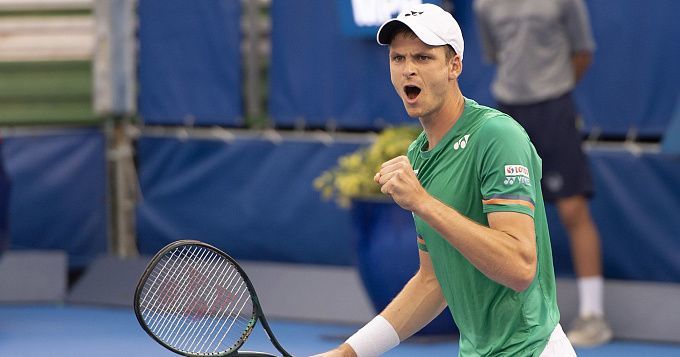 One of the matches of the Canadian Open round of 16 will feature the world number 43 and the world number 10, the Spaniard Albert Ramos-Vinolas will meet the Pole Hubert Hurkacz. The two men have already played each other in 2022 on the ground of Monte Carlo and the Polish tennis player won the match in two sets.

Before the hard court tournament in Montreal, we watched Ramos at the clay tournament in Kitzbuhel, Austria, where he reached the semifinals, but lost in this stage to Roberto Bautista Agut, the future winner of the tournament and compatriot. Immediately in Montreal, Ramos played two matches, both winning 2-0, first against Belgian Goffin and then against Argentine Schwartzman. The match against the Argentine was not supposed to be a long one, Ramos won 6-4, 6-2 in an hour and 59 minutes. During the match Ramos served seven doubles and three doubles, winning 73% of his first-serve points and 41% of his second-serve points. The Spaniard had 44%/50% on the receiving end, 29/23 winners/unforced errors.

You can say that Hubert is having a hard time entering the hard part of the season. The Pole started on blue at the Washington tournament but was already out after the first game when he lost to Ruusuvuori in two sets. A week later Ruusuvuori was again the opponent of the Pole, but this time in Montreal. This time Hurkacz took revenge, but in three sets. The match lasted two hours and 22 minutes, Hurkacz winning 2-1 (6-3, 6-7, 6-2). Hubert served 16 times with two double faults, won 76% of points on the first serve and 60% on the second. On the receiving end the Pole had the following statistics: 31%/48%. Winners/unforced errors stats: 35/31.

Ramos-Vinolas and Hurkacz played each other once in April 2022 on the court of Monte Carlo. Hubert won that match 7-6, 6-2 in an hour and a half.

On the one hand the Pole is the obvious favorite in the pair. On the other hand, Hubert is not very good on hard court. Ramos unexpectedly overcame top players such as David Goffin and Diego Schwartzman. Considering their class and the fact that Hubert has beaten the Spaniard this year, we doubt Ramos can make it to the next round. However, it's going to be a tough and drawn-out matchup for Hubert. Here are our betting odds for the match: