Alexander Bublik vs Alexander Zverev: The German to win a long match 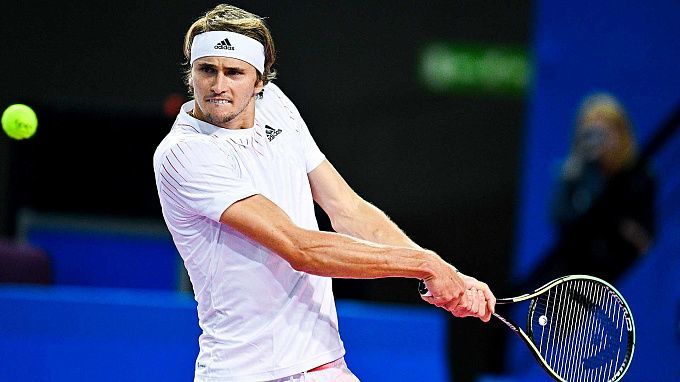 Kazakhstan's Alexander Bublik will face Alexander Zverev, world No. 3, in the Open Sud de France final. The namesakes have played each other once, a year ago in Rotterdam and, as sensational as it sounds, it was Alexander Bublik who won the matchup.

Alexander served well again in the semifinals and looked good on reception. It is true that Bublik was not as good as he was in the match against Bautista Agut, but the situation did not require playing at his full potential, so the Kazakhstani did not turn on full speed, but saved his freshness for the final match against the top performer, whom he defeated a year ago. Well, not in the south of France, but in the Netherlands. Filip Krajinovic looked like a punching bag for Alexander Bublik. It should be noted that before beating the Serb, Alexander knocked out Griekspoor, Herbert and Bautista Agut, so Bublik is sure to move up to the 31st position from the 35th.

Bublik has never had such a strong opponent as Alexander Zverev in Montpellier. Not only is the German a top performer, he is also a noble indoor athlete. In 2017, Zverev won the Montpelier tournament, and after that, he triumphed in two tournaments in Cologne, won the competition in Vienna and two of the Final Tournaments, in London and Turin. All of them, you understand, are indoors. Zverev came to the final in Montpellier with a good tone and did not lose a single set. The German knocked McDonald, Mannarino, and Ymer out of the grid, defeating the Swede in 53 minutes, 6-1, 6-3.

«I am in the final and I am happy about that. I played a pretty good match, I think I played one bad game in the whole match. Overall, I am happy to be in another final, playing against Alex who I have known since I was 12 years old, so hopefully, it will be a fun match.»

Alexander Zverev after beating Ymer in the semi-final

Both tennis players are great at tournaments in the halls. Zverev has won more than five indoor tournaments, including two Finals, while, Bublik has experience beating Zverev exactly indoor, though not in Montpellier, but in Rotterdam. Zverev is highly motivated, with the desire to take revenge for defeat in the Netherlands. And Bublik has a chance to win an ATP tournament for the first time in his career. Experience is on the German's side, but the Kazakh has an advantage in the head-to-head. We'll see who will win. The match promises to be rather long, and we suggest betting on Total Over and victory of the German in three sets: TO (20.5) for 1.80; Correct Score 1-2 for 3.95; TO (20.5) for 1.75.